‘Anything Goes’ sets sail in Huntington

"I think this is one of those classic Broadway events that's not quite a household name, but it has great music and a great story." 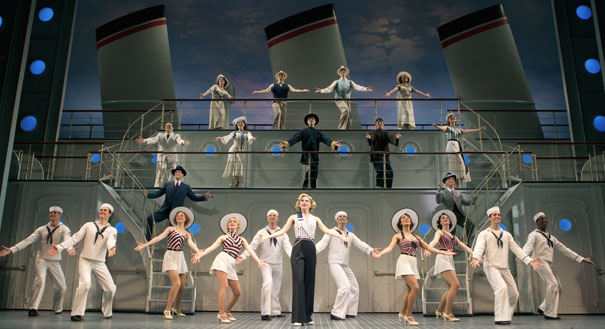 The musical tells the story of Billy Crocker, who sailed away on the S.S. American to be with Hope Harcout, the love of his life.

“I love the dancing,” Estep said. “I knew it was a musical, and I’ve seen it before. But the dancing is absolutely fantastic. They’re incredibly talented and the fact they can sing and dance at the same time and do it so well, is wonderful.”

Angela Jones, director of marketing and external affairs, said the musical was produced into movies and a live TV performance featuring Frank Sinatra.

“Of all the shows this season, I think this is one of those classic Broadway events that’s not quite a household name, but it has great music and a great story,” Jones said.

Sarah Davenport, graduate student at Marshall, was surprised by the size of the audience the show attracted.

“I think it’s interesting we had a great crowd come out tonight, even with the stinky weather,” Davenport said.

Mikaela Keener can be contacted at [email protected]