These performances were immeasurably good 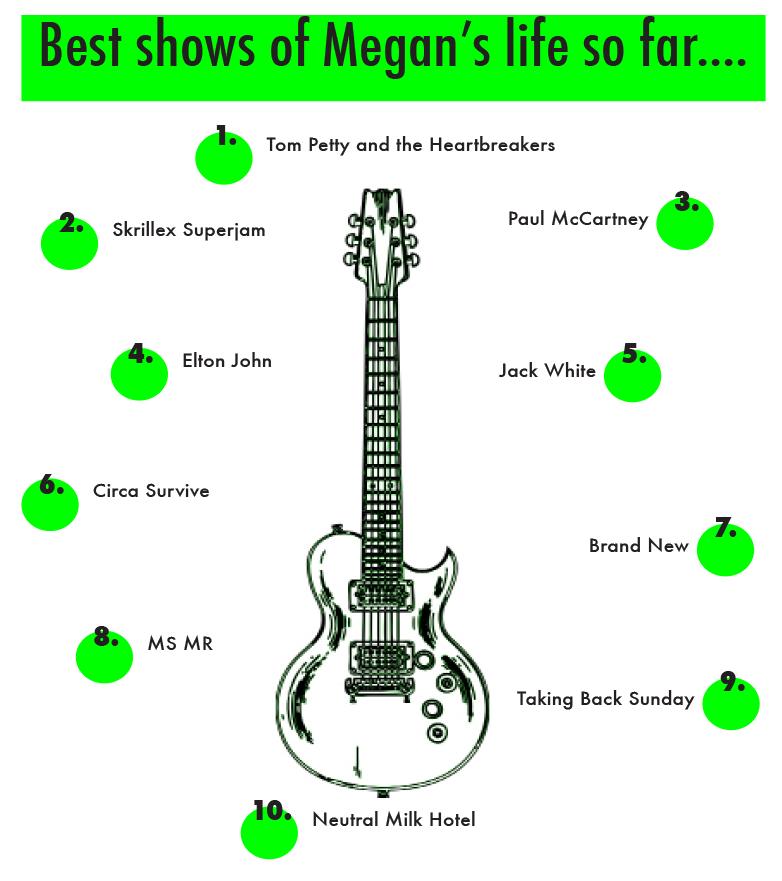 Last week I started a top 10 list for the best performances I’ve ever seen. This week, I’m listing numbers five through one, which are much harder to put in some sort of hierarchical order because these performances were immeasurably good.

I have almost nothing to say about this one because it was too perfect. I stood at the back of the enormous festival crowd and watched Jack White walk out on stage playing “Icky Thump,” a track he hadn’t played on a set in quite awhile before last summer. Jack has a knack for getting intimate and connecting with his audience, no matter how big it may be. My expectations for face-melting awesomeness were exceeded doubly when White played an hour-long encore.

What else would one expect from Sir Elton but a glittery, fabulous performance? I could truly tell that he was totally immersed in the performance and appeared to be having a genuinely good time as he graced the stage. I feel like I don’t really have to explain this one much because, well, it’s Elton John.

There’s nothing quite like seeing a Beatle perform live. Paul looks so natural in everything he does on stage. You can tell how many years he’s been performing. Singing the “na na” section of “Hey Jude” with 90,000 other people probably tops my sing-along experiences.

For those of you who have never been to Bonnaroo, a superjam is a collaboration of artists, basically a big jam sesh.

I could probably write an entire column just about the magic of this performance. Skrillex put together a legendary roster of performers: Robby Krieger of The Doors, Janelle Monae, Ms. Lauryn Hill, Damian Marley, Big Gigantic, and a slew of others. Not only was Skrillex producing on stage, he switched to playing bass and guitar for a couple songs, and as a fan of Sonny Moore since before he was Skrillex, Damian Marley and Lauryn Hill both covered Bob Marley tunes. The set lasted at least an hour longer than it was supposed to as the artists kept continuing the show with multiple encores, a true indicator of the sense of ensemble and musicianship that was displayed.

1. Tom Petty and the Heartbreakers

What. A. Performance. Age has not hindered Petty’s ability to play some rock and roll. There are many reasons I chose this particular performance as my number one. First, the Heartbreakers have fantastic musicianship. The group has melded perfectly over the years. Second, it was the epitome of an old-school rock concert teeming with ‘70s and ‘80s swag. It felt like I was transported to when the Heartbreakers were in their prime. The audience was as hype as if the band had just released its second album.