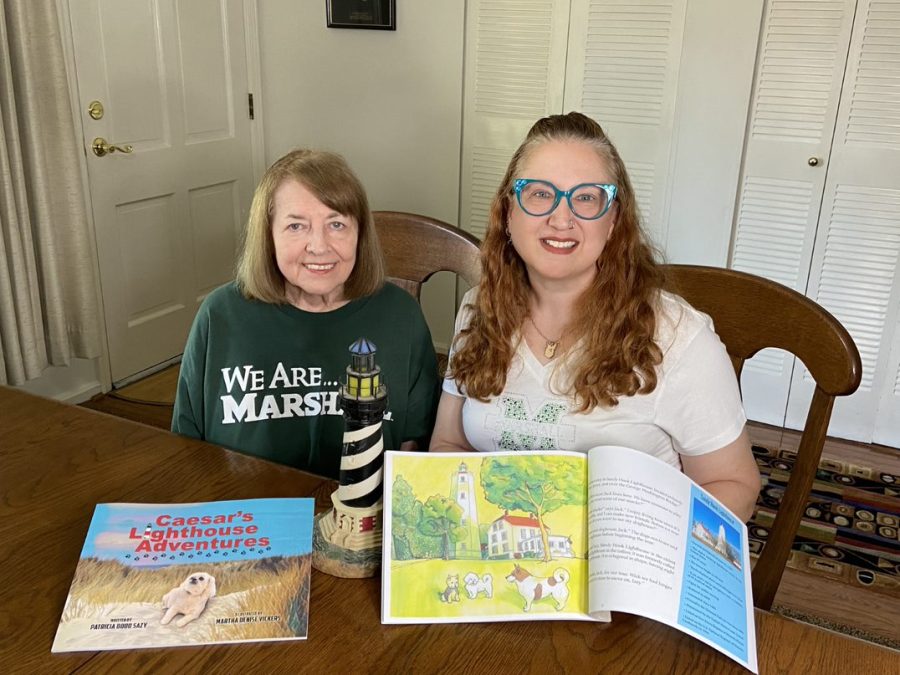 From decorating for the holidays to sharing a cup of cocoa together, two creative minds found a teammate to create a children’s book with and later discovered they both had graduated from the same university.

Author Patricia Sazy and illustrator Denise Vickers of Louisville, KY, met through their local neighborhood association and bonded over their similar backgrounds as native West Virginians and Marshall University graduates. Sazy’s desire to write a children’s book and Vickers talents as an illustrator allowed the story of “Caesar’s Lighthouse” to become a reality.

The inspiration of “Caesar’s Lighthouse” connects in a personal way to Sazy’s roots as the daughter of immigrants and eventual daughter of a coal miner.

“My parents, who were immigrants that came from Hungary, and when they saw the Statue of Liberty—which is one of the lighthouses in the book, which is no longer a lighthouse now—but it is a symbol of the world and it was a land of opportunity,” Sazy said. “My father was working the coal mines and he always just expressed the importance of light.”

The historical fiction story follows its characters as they make their way from one lighthouse to the next, mirroring a path that Sazy took herself in touring and collecting information on each lighthouse featured in the book.

In keeping with Sazy’s desire to make this book an educational material for children as well as a factual reference for adults, Vickers included different stylistic changes to each lighthouse in the book to represent the style of an artist from each state.

“To keep it interesting and give the book a dual effect, I found from each state an artist representative of that state and that way each picture is in a different style,” Vickers said.

The pair attribute their West Virginia roots and alma mater with their success in working together and their preparedness for undertaking this project.

“You can’t meet a Mountaineer that you don’t feel like you’ve known all your life,” Vickers said.