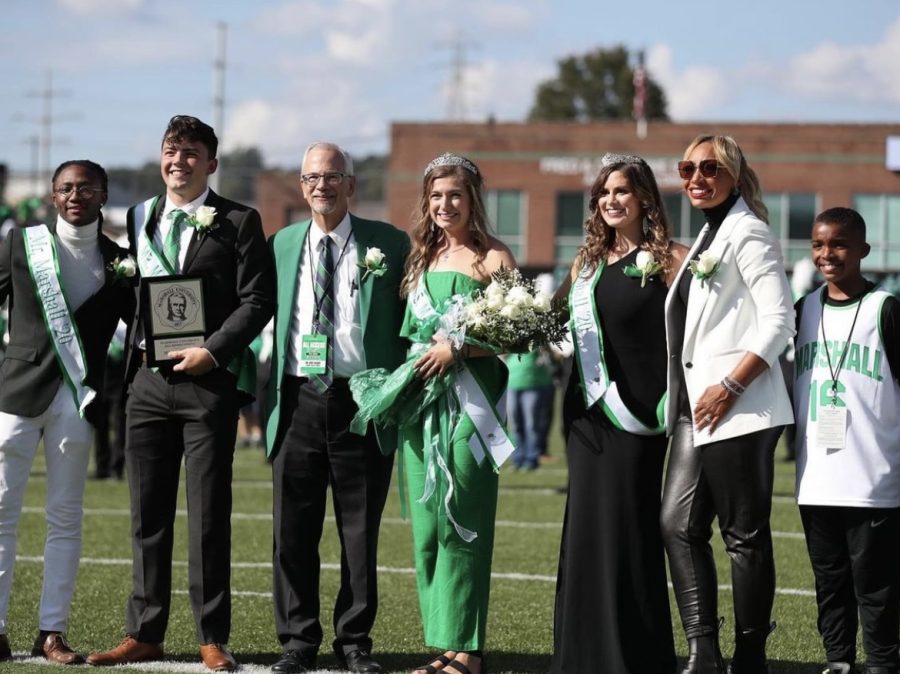 With Marshall’s homecoming game approaching, the ballot for Mr. and Miss. Marshall is up, but the application will be a little different this year. The title of Mr. and Miss Marshall has been a university tradition since the 1940’s, but the new coordinator for student activities has plans to make it more inclusive.

Katie Stanley, the new student activities coordinator and co-chair of homecoming festivities, has been working with Matt James on how to make Mr. and Miss Marshall more inclusive for students who don’t identify as Mr. or Miss. Matt James, current Assistant Dean of Student Affairs, had several LGBTQ+ students approach him after President Smith’s listening tour last spring wanting to have a Mx. option for homecoming court.

After that, James started thinking about the options for the ballot. He thought, “Do we have a third option? Would adding a third option be inclusive even though it’s still separate? Are we still separating students this way?  It was just on my conscience for a while until Katie got hired.” The debate has been going on since the Supreme Court legalized gay marriage in 2012, but students are asking for a third option, and Stanley being hired sparked it.

“I was approached by Bella and Walker about this because they knew that WVU had recently changed their homecoming court winners and referred to them as homecoming royalty,” Stanley said.From there, Stanley, Griffiths, Tatum and James started figuring out how to do this.

Following that, James and Stanley discussed the third option with members of the LGBTQ+ community and representatives of the LGBTQ+ Office. After a few conversations, it was decided that the third option would be a fill-in-the-blank, allowing students to choose what they are most comfortable with. Stanley said, “I wanted to leave it open to them. Because I don’t feel like as a straight woman, I don’t really have a good grasp on what’s appropriate for them and what makes them feel included. So, by doing this, it kind of lets them have control over what their title is.”

Even the way homecoming elections are promoted will be changing according to James: “In the past, the way that we have promoted the homecoming elections is we would encourage students to run for Mr. or Miss Marshall; Katie’s going to promote this as running for homecoming court and being part of Marshall royalty.” He added onto this by saying, “This year we’re just going to take the top two students based on how they want to be identified in the application process.”

Mr. and Miss Marshall have been a tradition for 80 years, so it was important to keep that history while also adapting it so that everyone feels included.

“Katie has found a perfect balance of how we can include everybody without eliminating the tradition. So, it’s not like we’re doing away with the titles, but the titles are going to evolve,” James said. Stanley and James are planning to hold focus groups to see if this is what the student body wants and use that for future homecoming courts.