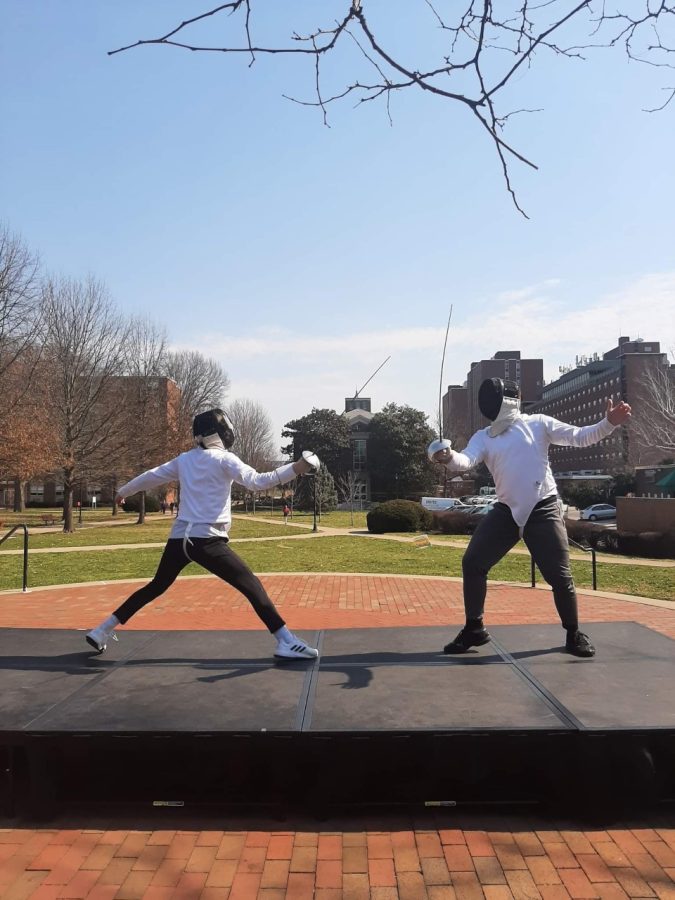 Members of the Fencing Club Practice outside the Memorial Student Center

The fencing club says it realizes that educating prospective members about recreational swordplay will be one of its challenges.

Even, Dalton Varney, the club’s current secretary says he was nowhere near an expert when he first heard about the group when he was a first-year student.

“I found the fencing club two years ago when I was new to campus after seeing a flyer walking to one of my classes,” Varney said. “I had never fenced before, so I wanted to check out the club and make sure it wasn’t for experts.”

Varney explained that the group is very beginner friendly and that you do not need any experience to get involved.

“We start from scratch with everyone that walks in, so you can really get the elementary level skills,” he said. Varney also said that it is hard for the average person to get experience and training around this area and that they want to have a safe environment for anyone to come that might be interested.

“We’re one of the few fencing clubs in the entire state,” Varney said. “So, there’s not a lot of people to compete with. We usually just learn and fence within the group.” Varney said that the club is open to anyone, even if you are just wanting to see what the club does and how it runs before you decide to join.

“It is not competitive at all,” he said. “It’s very laid back and casual. The people that you’re fencing are the same people you are talking to in Discord when you get home.” The fencing club meets on Mondays and Wednesdays from 8 to 9:30 p.m. in room 1002 in the Cam Henderson Center. Information about the fencing club can be found on flyers around campus.

Correction: A previous version of this article did not include the club secretary’s full name which is Dalton Varney.