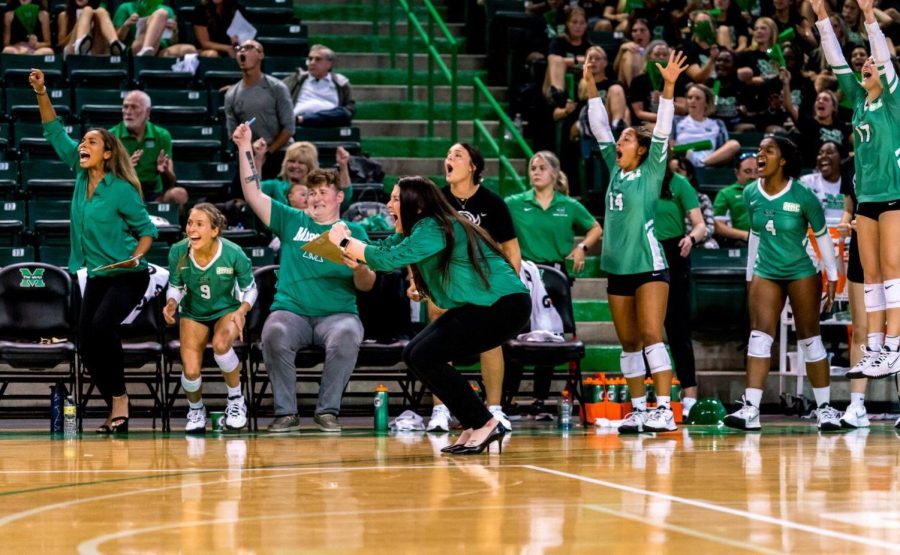 After a dominant team win against Furman on the road in Greenville, South Carolina, on Friday night, the quick turnaround Saturday didn’t stop Marshall Volleyball from success. The Herd went from Greenville to Spartanburg, South Carolina, to take on USC-Upstate. Upstate has struggled mightily in their first few games, and Marshall didn’t make things much better.

Marshall had swept the Paladins of Furman three sets to none the night before, which is no easy task. An even better feat is that the Herd did it twice a row and on the road. Marshall took all three sets against the Upstate Spartans, who, after their loss, Saturday dropped to 2-10. This weekend featured Marshall taking all six sets in which they ruled the opponents’ hometown courts.

This weekend road trip was the conclusion of non-conference matchups, as the “preseason” campaign is over. Though it’s considered preseason, the record remains. Marshall is now back over .500, standing at 6-5.

As for the three sets on Saturday, Marshall’s superior performance was led by newsworthy mainstay Macy McElhaney, who is putting together a solid first month of the season. Every weekend, win or lose, her name is constantly mentioned as a true court general. McElhaney led the team with 15 blocks, an assist, and an ace to complement.

While she’s been putting up good numbers, the team had been expecting more from her and was not completely satisfied with her outings until now. Marshall volleyball head coach Ari Aganus was reassured after this weekend. “…This weekend, she proved us all right.”, Aganus said.

Out of the three sets Saturday, only one was close, that being the second. The first and third, however, were lopsided in favor of the visiting Herd. Marshall won the three sets by a combined score of 75-49, proving a genuinely dominant day. Marshall starts their inaugural quest for a Sun Belt championship as they kick off conference play this Thursday at Old Dominion, with the action beginning at 6:30 p.m.