Marshall Loses on the Road in Overtime Against Bowling Green 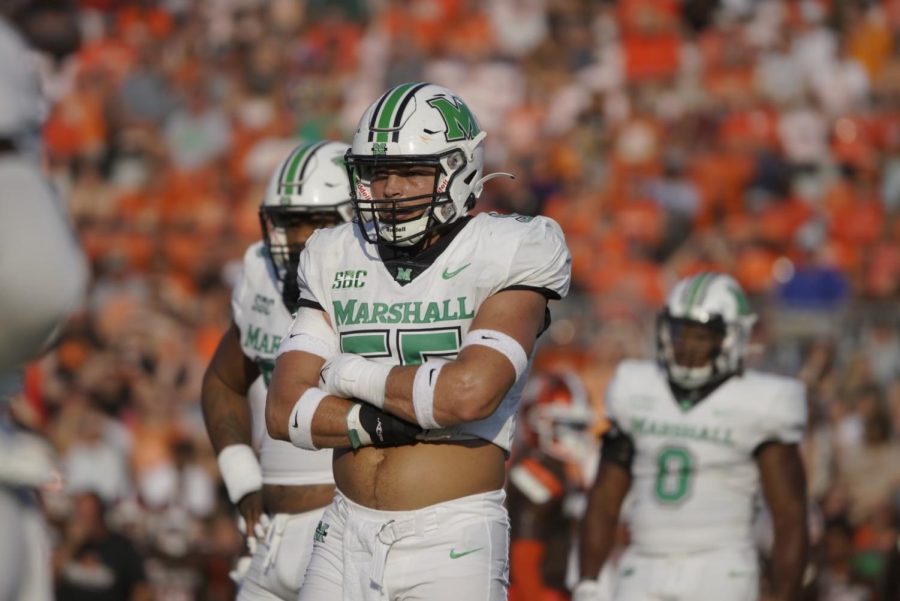 Marshall lost to Bowling Green in overtime by a final score of 34-31 Saturday night.

The Herd came into the game looking to build on their recent road upset win against then No. 8 Notre Dame.

Marshall started quickly in the first quarter as quarterback Henry Colombi found wide receiver Corey Gammage for a 51-yard touchdown just a minute into the game.

After a three and out from Bowling Green, Colombi found WR Caleb McMillan for a 78-yard touchdown just over a minute later, putting up the Herd 14-0.

Marshall ended up only scoring twice the rest of the game. Those touchdowns would be a five-yard and an eight-yard run from running back Khalan Laborn, who finished with 157 yards rushing.

Bowling Green outscored Marshall 34-17 from the second quarter on, after Bowling Green’s QB Matt McDonald finished 27 of 45, 282 yards through the air, with four touchdowns.

Colombi finished 23 of 34, 338 yards passing with two touchdowns and an interception.

Bowling Green won the turnover battle, as Marshall would have two fumbles and an interception versus Bowling Green’s zero turnovers.

Bowling Green walked off in overtime after McDonald found RB Ta’ron Keith for a two-yard score.

Marshall came into the game being ranked No. 26 in the latest AP poll, receiving 85 votes.

Marshall will go on the road against Troy next Saturday at 7 p.m. on NFL Network.