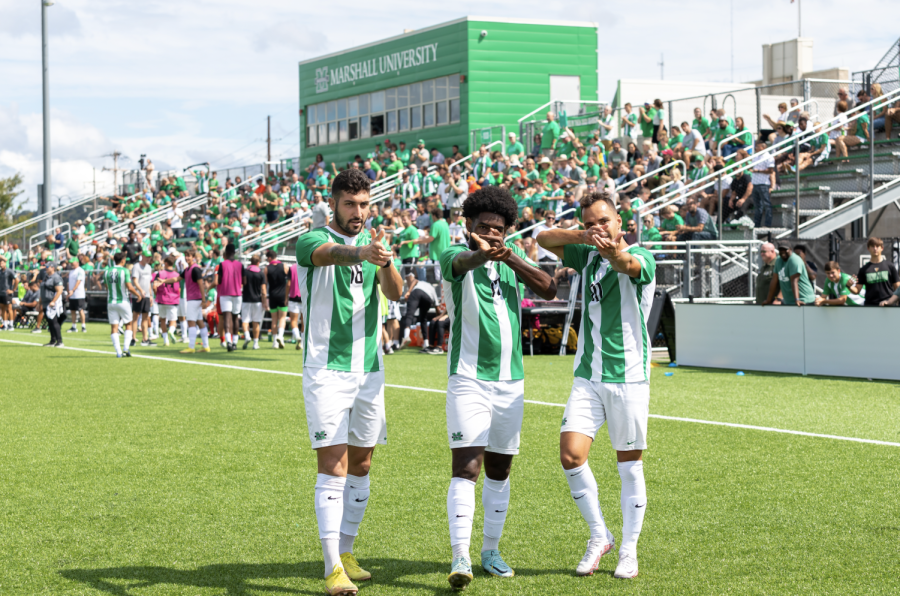 The No. 7 ranked Marshall University men’s soccer team tied with No. 6 Kentucky in the Sun Belt Conference opener by a final score of 1-1 Friday night.

Marshall’s breakout freshman Matthew Bell found the back of the net first in the 47th minute. It tallied his nation-leading seventh goal of the season. The score was assisted by freshman Adam Aoumaich and Graduate Vinicius Fernandes.

Kentucky quickly tied the contest in the 53rd minute as Senior Nick Gutmann scored his third goal of the season.

Marshall’s Aoumaich, Yosef, and Souza each received a yellow card, while Kentucky’s Rodrigues and Holstad each had one.

Kentucky outshot Marshall 12-7, while Marshall had more shots on goal, 5-4.