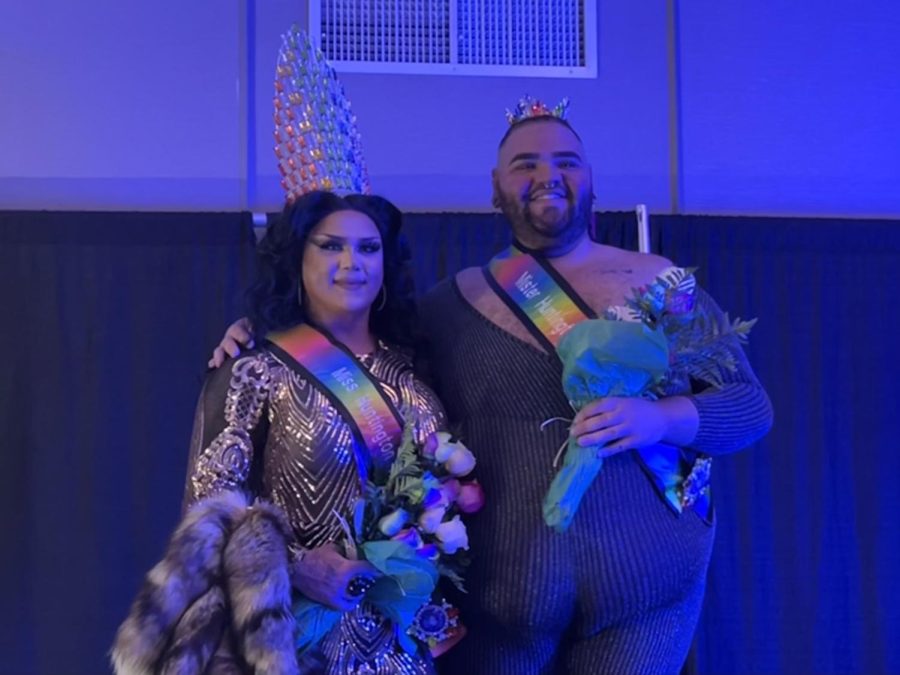 Hosted at the DoubleTree Hotel on Sept. 10, the pageant featured five candidates vying for the title of Miss and & Mister Huntington Pride. The crown was passed down by 2019 winner Julia Deville.

The 2022 candidates were asked to perform in several categories, including a private interview, talent showcase, evening gown and themed presentation. The presentation, themed The Future of Pride, inspired Corey Taylor, Mr. Huntington Pride winner, to showcase an Appalachian clothing ensemble.

Taylor is originally from Dorothy, West Virginia and graduated from Marshall in 2019. He works as a travel nurse and says he wants to make the world better one life at a time. His hobbies include dressing fabulously and spending time with his cat, Lilly.

Apara Lashes, Miss Huntington Pride winner, also shared her thoughts on the future of pride in a dress highlighting the most recent design of the LGBTQ+ flag, also known as the pride progress flag.

“When I think of the future of pride, I think of progress,” Lashes said. “How pride once was just a rainbow, but that now it is including the black, trans, non-binary and non-gender conforming communites.”

Lashes—also known as Mitchell Morris—is originally from Man, West Virginia. She participated as a cheerleader at Marshall University and loves gymnastics and to dance. She hosts a monthly drag brunch and karaoke at The Cellar Door. Though she only began performing in drag two years ago, she has a mission to use her platform to fight for equal rights for all.

The platform the royals chose to support during their reign is Marshall University’s Trans Closet, a resource providing gender affirming clothes to youth on campus and in the community.

“We have always asked for acceptance—for people to love, to care, to share—and that’s what pride is about,” Lashes said. “Taking every difference we have and using it as a core strength to our community instead of a weakness.”

Taylor and Lashes will be presented as the new titleholders during the 2022 Huntington Pride Festival on Oct. 22.