No. 8 Men’s Soccer Gets Strong Road Win Against Cleveland State 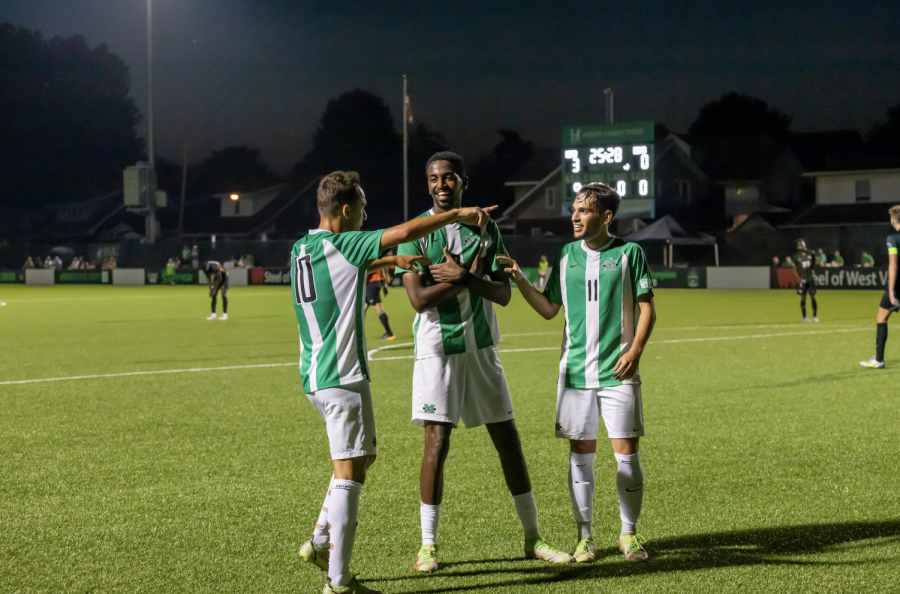 Cleveland State started quickly as junior Bojoan Kolevski scored the contest’s first goal in the third minute; however, it would be Cleveland State’s only goal.

The Herd would turn things around fast in the 22nd minute as senior Joao Souza scored Marshall’s first goal, netting his second of the season. The goal was assisted by Milo Yosef, All-Conference selection and redshirt senior.

Yosef would also score in the 29th minute, recording his fourth season goal. Later in the 74th minute, he was disqualified after being issued a red card. Marshall then played with ten men on the field.

Chris Grassie, Herd men’s soccer head coach, said the team will be hard to beat once they correct their mistakes.

“We were excellent in the first half, except for one lapse of concentration that cost us,” Grassie said. “We will definitely be working hard on cutting out needless errors because when we do, we will be incredibly difficult to beat.”

Marshall outshot Cleveland state 11-8, with both being tied with shots on goal 4-4.

Marshall (3-1-0) is back Sunday at Hoops Family Field as they take on Pacific at 1 p.m.