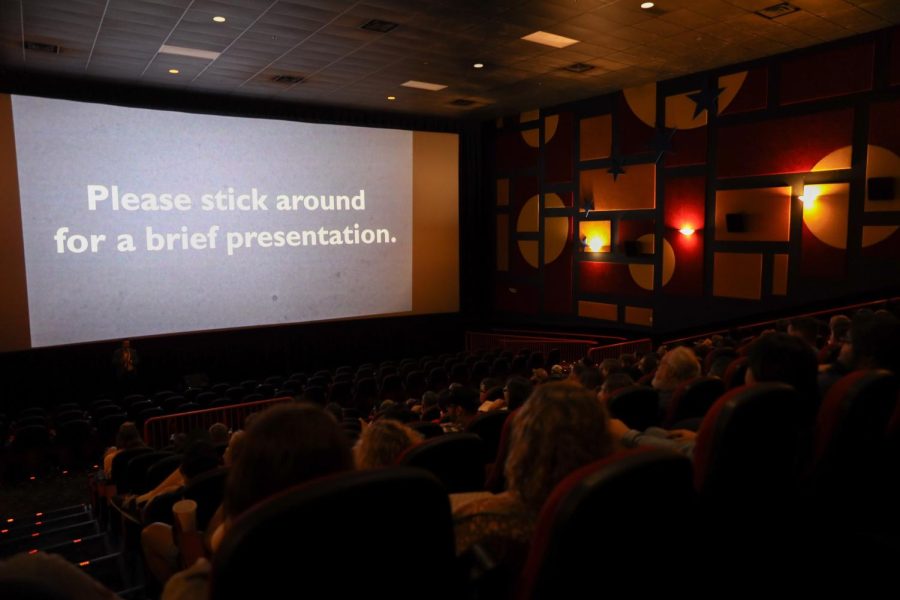 Twenty-five people began the race, but only 10 crossed the finish line in the challenge to create original films in just 72 hours for the opening night of The Huntington Music and Arts Festival.

The Huntington Music and Arts Festival kicked off its week-long events with a screening of 10 film sprints at the Marquee Cinemas in downtown Huntington, WV Monday evening, Aug. 28. An audience of around 120 members gathered to view the work of local filmmakers who less than a week ago had no idea what they would create.

“It is a very complicated game that they’re playing, creating something based on random things and words that I gave them. They all shot them in three days and it’s-I think it’s fun and frenetic,” Nolte said.

The contest drew both veteran competitors and newcomers alike, yielding a wide variety of genres and themes and skillsets.

While still challenging under the time constraints, director Freddie Wooten said that familiarity with the process allowed for the creation of a more manageable project.

“With this kind of festival, this is the second time I’ve done it, so the first time I was completely overwhelmed. I wasn’t prepared for the speed of how everything is going to go.

So, whenever we signed up to do it, I moved to write something I knew and that made it a lot easier,” Wooten said.

The time crunch was not the only challenge that Wooten had to overcome.

“You know, the hardest part really is you don’t know what others are doing. You don’t really know how professional theirs is going to look,” Wooten said. “You start doubting, doubting yourself, and you start thinking, ‘Well, I shot this whole thing on my phone and I edited on a phone. I just have like, an iPhone SE.’ So, you really do doubt yourself a lot.”

Despite his limited resources and apprehensive mindset, Wooten’s film “Young at Heart” was awarded second place overall in the contest.

According to Wooten, he and his family plan to participate every year in the festival for as long as they can.

“I’ve been making films for around 15 years now, and I ended up having two kids. So, any time I come up with a story or movie, I try to have them in it too,” Wooten said.