Panhellenic Council Hosts “Paws for a Cause” Dog Show 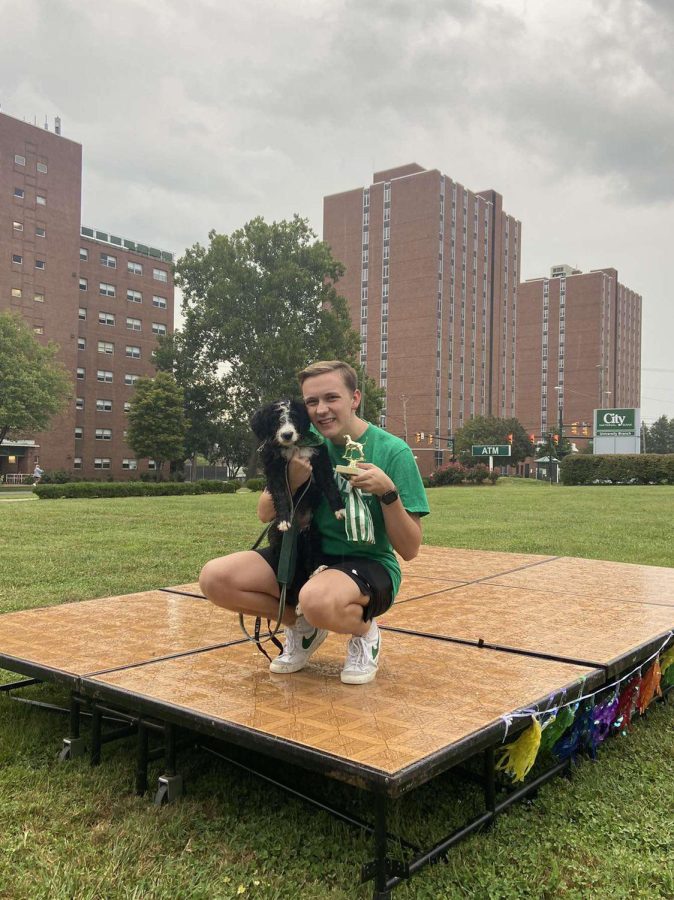 Furry friends strutted across the stage at Panhellenic Council’s (PHC) “Paws for a Cause Dog Show” Friday night, Aug. 26.

The event was held by PHC in collaboration with the Office of Fraternity and Sorority Life as one of the groups’ first to kick off the Fall 2022 semester.

“Panhellenic is over all four sororities at Marshall and our main goal is to give back to our local community,” Natalie McCann, PHC’s vice president of philanthropy, said.

Students were encouraged to celebrate National Dog Day in style by bringing their dogs to Harless Field for a pet social and competition at 6 p.m. that Friday. The contest was sponsored by Pet Supplies Plus of Barboursville, West Virginia.

After donating either $5 or a bag of dog food, competitors had their dogs exhibited and judged by executives for the event. All proceeds went to Advocates Saving Adoptable Pets (ASAP), a local organization that provides animals with the vet care, food and supplies they need until they can find their forever families.

Although rainfall threatened to ruin the dogs’ day out, the show started as scheduled, though with less attendees than desired. Despite these challenges, PHC raised a total of $65 and six bags in dog food donations.

“Even though it rained we all had a great time supporting ASAP as well as National Dog Day! We hope to make this a tradition for Panhellenic because who doesn’t love showing off their pup?” said McCann.

Some of the awards consisted of hairiest hound (won by Jacks and Kennedy Sansom of Delta Zeta), most talented (won by Athena and Zach Detty of Kappa Sigma) and cutest canine (won by Clover and Reagan Lights of Alpha Xi Delta).

The grand prize of the dog show went to Ziti and her owner Walker Tatum, student body vice president, who received a trophy and a $100 gift card to Pet Supplies Plus.

“Congratulations to our winner Ziti and thank you to everyone who came out tonight! We loved getting to see everyone’s pups,”  PHC said in a post made after the event.