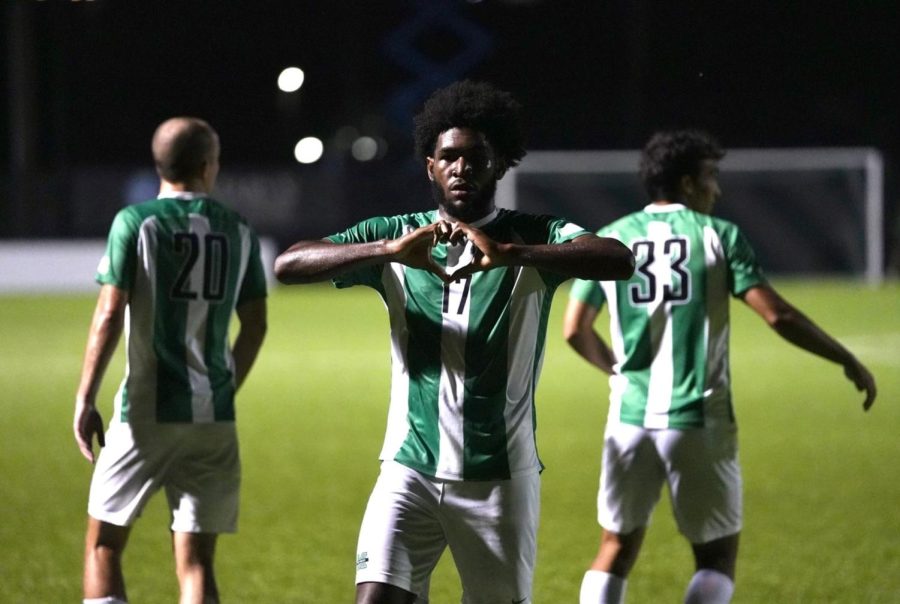 The No. 14 Marshall University men’s soccer team (1-1-0) fell 1-0 to the Butler Bulldogs (2-0-0) on Monday night in Indianapolis, Indiana. The match was called in the 84th minute due to lightning in the area.

The Herd outshot the Bulldogs 21-9, including 7-1 in shots on goal.

“I thought we played really well tonight,” Herd men’s soccer head coach Chris Grassie said after the match. “On a different day, we could’ve scored four or five goals. Butler’s keeper played an amazing game. We still have a few things to iron out on the defensive side of the ball, but all in all, other than the result, I’m very pleased with the performance. It was very tough conditions with lightning stoppage after lightning stoppage. Again, our lads dealt with that really maturely and played very well. We’re very much looking forward to Friday to get right back to it.”

Redshirt senior forward Milo Yosef and freshman forward Matthew Bell had the first two shots on goal in the 25th and 35th minutes. However, both attempts were saved by Bulldog goalkeeper Gabriel Gjergji.

Butler took a 1-0 lead in the 40th minute on a goal by Palmer Ault, the team’s lone shot on goal.

Freshman forward Adam Aoumaich had a shot on goal two minutes later, but the Bulldog keeper made the save as the Herd trailed 1-0 at halftime.

Yosef and Bell combined for a pair of shots that were saved in the 51st and 53rd minutes, respectively.

Graduate student midfielder Vinicius Fernandes fired a shot at Gjergji that was stopped at the 60:45 mark. Aoumaich had the final attempt on target of the match in the 82nd minute, but Gjergji made his seventh save of the contest before the match was halted due to lightning in the 84th minute.

UP NEXT
Marshall is back on the pitch Friday at Hoops Family Field when it hosts the No. 7 Pitt Panthers who just drafted No. 6 WVU by a score of 3-0 in Pittsburg.