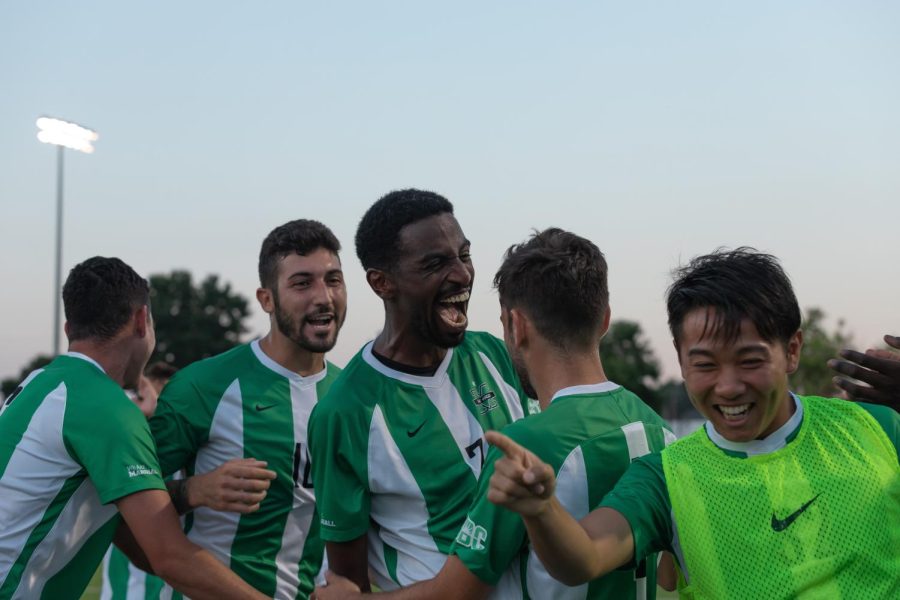 Milo Yosef celebrates with teammates after a goal.

The no. 14 ranked Marshall University men’s soccer team shutouts VCU by a final score of 5-0 in the season opener.

All-Conference selection and redshirt senior Milo Yosef started hot as he scored within the game’s first three minutes. Yosef finished the night with three goals scoring in the 3rd, 42nd, and 65th minute and completing his first-ever career hat-trick.

Bell also scored his first career goal for the Herd in the 72nd minute.

“It was very good from minute one, all the way through,” Grassie said. ” That was a tremendous performance.”

VCU ended the night with zero shots on goal.

The Herd is now tied in the all-time series 3-3-0 against VCU.

Marshall hopes to keep the hot start going as they go on the road next week against Butler.