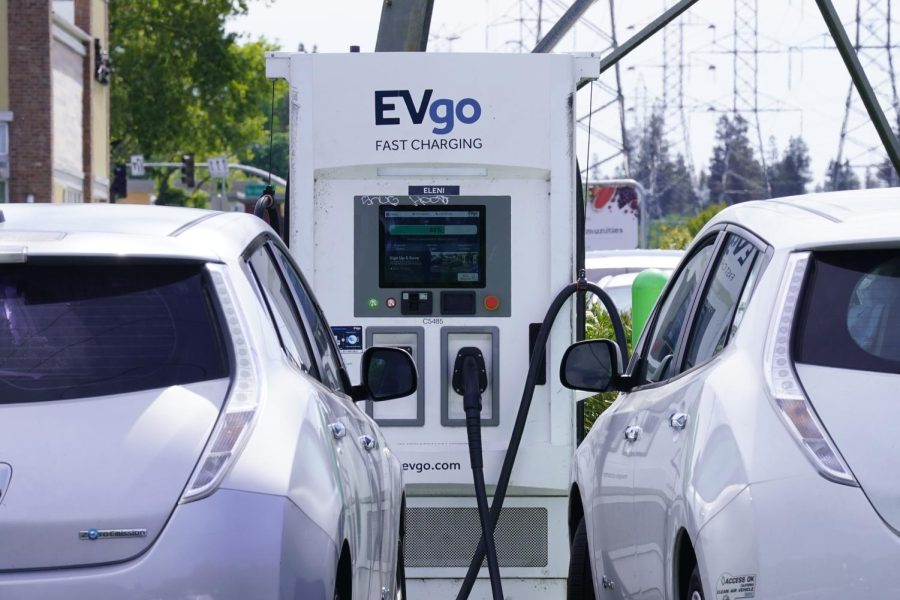 Change can often be slow-moving, especially when it comes to the way people travel.

Humans, for the most part, traveled in the same way for over a century through the use of an ICE (Internal Combustion Engine) which is the everyday gasoline and diesel-powered vehicle.
Fueling these vehicles has become much more difficult over time. Gas prices hit an all-time high in March. According to the Associated Press, Gas prices were at an average of $4.43 per gallon and went up 79 cents in a two-week period.

In many parts of America, gas prices have reached $6, and in Southern California, gas prices have hit $7 per gallon.
Diesel prices have also seen an increase, with the price up to $1.18 in the past few weeks, averaging $5.20 a gallon.
The record-setting prices came after President Biden announced a ban on Russian oil, natural gas, and coal imports in response to the Ukraine invasion.

“That means Russian oil will no longer be acceptable at U.S. ports and the American people will deal another blow to Putin’s war machine,” President Biden said a few weeks ago.
With gas prices on the rise and supply likely to stay low into the foreseeable future, is it time for an alternative? Electric vehicles are becoming more popular each year and there are already proposed future bans in place for the sale of ICE vehicles in many states in America.

The states that have proposed bans include New Jersey, New York, California, and others. America seems to be moving beyond gasoline and diesel to a cleaner and cheaper alternative.
“Electric vehicles are inevitably the future. We are in a huge revolution currently,” Todd Judy Car Dealership Lead Mechanic Robert Klassen said last week.

According to CarandDriver.com, an average electric vehicle in America will run about $50,000 new, compared to an average ICE vehicle in America will likely run you about $40,000 new.
When it comes to charging versus fueling, charging an electric car will likely cost much less than filling up an ICE vehicle with gasoline or diesel. But how much can you really save, and why is it cheaper to go electric instead?

While gas prices have indeed significantly raised in the wake of Russia’s invasion of Ukraine, so has the price of electricity and particularly in parts of America.
Even with the regional surges in electricity prices, it’s still significantly more expensive to fill your tank up than it is to charge your electric vehicle’s battery.

Also, unlike ICE vehicles, electric vehicles have the upper hand because they use much less energy. According to the Department of Energy (DOE), the average ICE vehicle could have an efficiency (energy to the wheels) of less than 25%. Meaning that the other 75% of the energy will be lost as heat and as other internal combustion engine systems. Disregarding the benefits of regenerative braking, electric vehicles have an efficiency of over 65%. The other 35% is energy lost in charging and drive system losses (battery system cooling and heat).

An electric vehicle battery usually lasts an average of 10 years before needing to be replaced. Many vehicles with gasoline and diesel engines can run up to around 200,000 miles, which is more than 10 years if they’re driven on an annual average of 12,000 to 15,000 miles. But that is also considering that there will be zero engine component fails over that span of time, which is unlikely.
Most car manufacturers who produce electric vehicles normally offer warranties on batteries, with Tesla offering a battery warranty of 8 years or 120,000 miles.
“I don’t believe electric vehicles are practical enough right now, there aren’t enough charging stations for us,” Todd Judy Ford Diesel Mechanic Alex Belcher said. “Charging is mostly done at home currently, but maybe in 15-20 years it will be practical enough for us but not right now.”

The infrastructure Belcher pointed out is logical. The charging infrastructure is a major hurdle for many electric vehicle owners. Popular cities and suburbs offer electric vehicle charging stations, but rural areas have far significantly fewer options by comparison. The convenience of a home charging station is nice, but it’s a problem for consumers who rent. If you do decide to mostly charge at home, then according to US Energy Information Administration if drive around 1,000 miles per month, it will cost between $34 to $46 per month charging at home.

Owning an electric vehicle can save you money in the long run. And if you plan on shopping for a new vehicle anytime soon, once can choose any car that suits them best. But, eventually, as the bans on ICEs come and the pricing and availability of electric vehicles become even more competitive, it’s likely that electric vehicles will continue to become more viable over time.