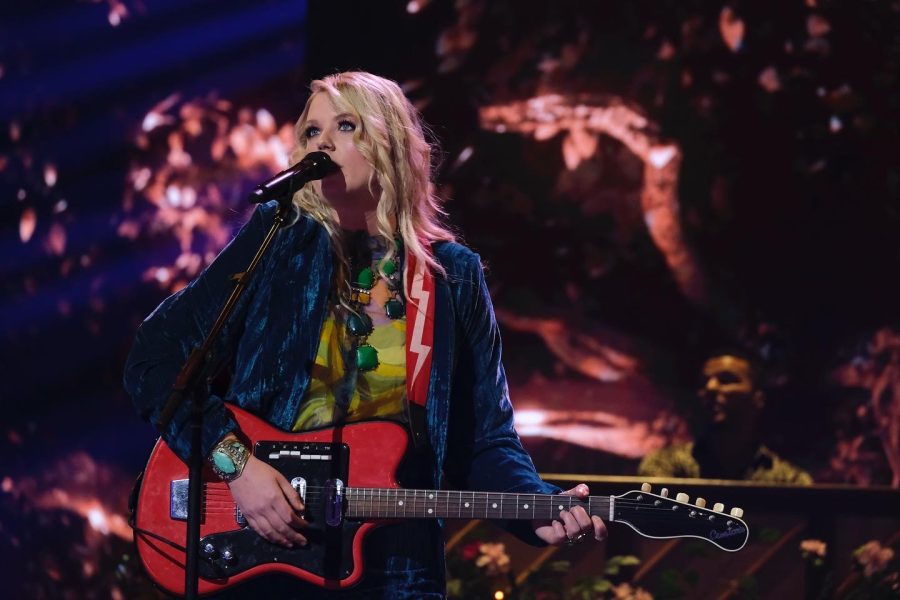 Although her run on the “American Song Contest” has ended, Alexis Cunningham, West Virginia native and former Marshall University student, feels proud to have represented her home state in the competition.

“I started playing guitar at about nine and then made my first demo… when I was 16 or 17 in Huntington, West Virginia,” Cunningham said. “When I was going to Marshall, I was living in the dorms and I was just putting a lot of YouTube videos up and I was writing songs.”

“I got an offer to do a development deal in southern New Jersey where my grandfather happened to live, so I went and lived with him and wrote and recorded an album. From there, I just started playing shows and gigs in south Jersey down the shore and then also in Philly—just kind of like the Tri-State area—and was able to start writing with bigger writers.”

“I was able to go out to Los Angeles and record an EP—a five song EP—at Universal Studios when I was 21,” Cunningham said. “From there, I was able to tour Sweden and just experimented with sound. I had a couple different bands and projects varying in genre in Philly and just continued to work and write.”

“Eventually, I found out about this opportunity, submitted some songs,” Cunningham said. “I had recorded an album right before the pandemic and this is one of the songs on that album. They chose the song ‘Working on a Miracle’ from that album and I was selected to represent West Virginia in the American Song Contest.”

American Song Contest is an eight-week competition in which musical artists from the 50 states, five U. S. territories and the U. S. capital perform original music. Performers advance to the next round by garnering votes from the viewers.

Cunningham is proud to represent her home state of West Virginia in the “American Song Contest.”

“It’s really exciting and I’m really proud and grateful to be doing it,” Cunningham said, “It’s like a full circle moment—dream come true—because I’m really a hometown girl. I grew up—born and raised there. I just love my friends and family.

“The people in West Virginia are just really warm and kind,” Cunningham said. “I’m proud to be from West Virginia and I think it helped make me who I am.”

While the process of competing as a contestant has been long, Cunningham said that it has been an incredible opportunity.

“The process has been long,” Cunningham said. “I started interviewing for this in August last year. So, it’s been quite a process. As far as being there in L. A. to perform, it was exciting. I was really nervous to be honest, but like I said, it felt like a dream come true and what an opportunity to be able to sing my original music on that kind of a stage.”

The song that Cunningham performed for the contest, “Working on a Miracle,” has gone through changes since she first wrote it and has encompassed different musical genres.

“This particular song, I like to say it’s like Mark Ronson production meets Fleetwood Mac vocals and this song particularly started out—I wrote this when I think I was about 21 or 22,” Cunningham said. “It started out as a country song, and it was flipped so it kind of has a strong story line in it and I like that about it.”

Cunningham is currently working on new music and will soon be back in the recording studio.

“I have about two albums worth of new music ready and I’m also writing again in the process, and I’ll be back in the studio—depending on what happens with the contest—within the next few weeks to a month-Will be back in the studio working on also some new music,” Cunningham said. “So, there will be a lot to come—new stuff coming out.”