Marshall Falls to MTSU in Murfreesboro 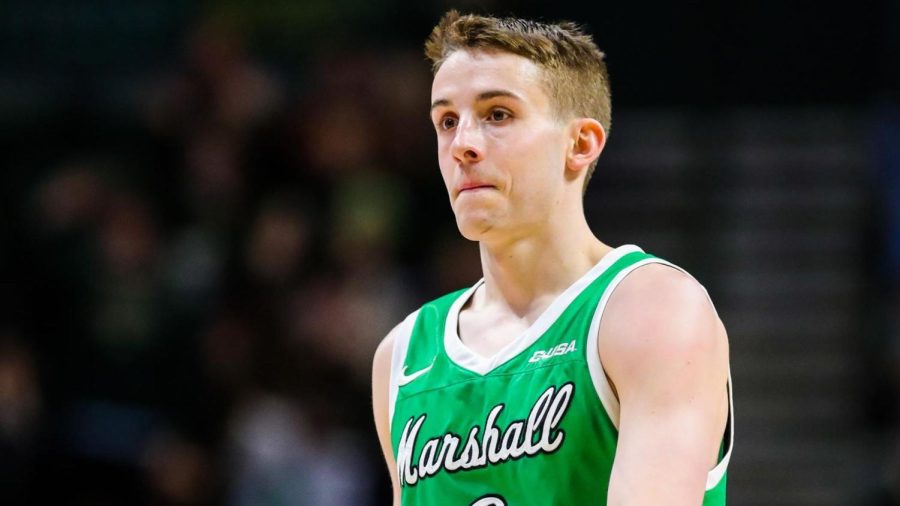 Andrew Taylor was the games leading scorer at 24 points along with 2 assists.

Marshall trying to avenge its home lost from earlier this month against the Blue Raiders, fell short in Murfreesboro as the Herd allowed nine points in the final 60 seconds of the ballgame.

With a minute remaining in the game, the game was tied at 61. Middle Tennessee’s Josh Jefferson would drain a clutch three-pointer expanding the Blue Raiders lead to three points. After a foul by Donovan Sims of Middle Tennessee, Marshall would respond with two free throws from Taevion Kinsey.

Kinsey would score Marshall’s last basket of the evening with 25 seconds remaining. However, Marshall was not able to get the ball back in the net for the remainder of the night.

However, the end of tonight’s game was the opposite of the beginning of the game when the Thundering Herd got off to another quick start. Marshall’s first nine points came off three three-pointers. Andrew Taylor collected the first two threes, and Obinna Anochli Killen recorded the third.

The largest lead of the first half was eight points, but before halftime, the Blue Raiders was eight, and before the half, Marshall was able to retake the lead by three at halftime.

However, the Thundering Herd fell to 11-18 on the season, with two games remaining in the regular season.

Andrew Taylor, who scored 24 points on the night, talked about how now as the season is starting to wind down. “I think just get my confidence back. I started off cold began the season. And you know, I just had good expectations for the season. I think that kind of screwed me up a little bit. It was just a lesson for me to learn, like, just go out there and hoop, don’t have any expectations for yourself.”

Head Coach Dan D’Antoni, after the loss in his postgame news conference, talked about in the final stretch of the season, the Herd will have to finish games away from home. “You know what, we should have won the ballgame because we did are not taking care of our stuff all the time like we should be.”

The Thundering Herd have six days to regroup before welcoming the red-hot Western Kentucky Hilltoppers into the Cam Henderson Center Wednesday night at 7. The game will be broadcast on ESPN+ and on the radio on WMUL 88.1.