My Time is up: A farewell by Xena Bunton 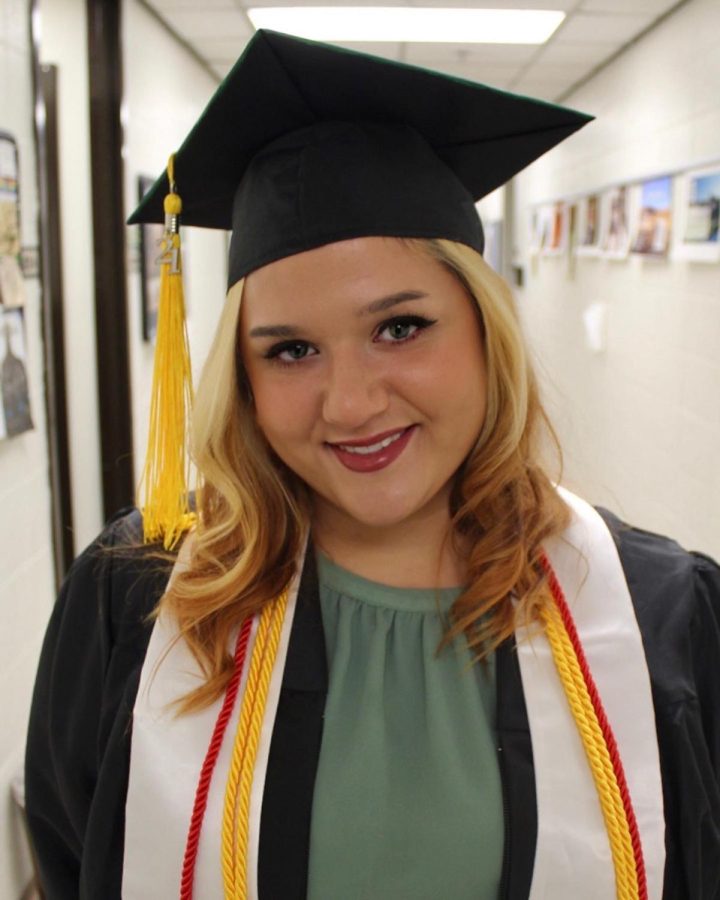 When I began my career at Marshall two years ago, I had only one goal: finding my thing. Although I have the feminine urge to accomplish everything in life by my mid-20s, I was also excited to just enjoy college life.

“I’ve got to get involved as soon as possible,” I explained to my mother. “I really don’t have much time.”

She turned left onto fifth avenue in my grandma’s car—that we picked up last minute because freshman overpacking is very real—and she nodded.

And I definitely did, I just did not know how my journey would look. I didn’t know it meant a major change, experimenting with video production, illustrations, marketing, and writing to find my journalistic interests—oh, and a global pandemic.

I feel as if my time at The Parthenon has been cut short, and it definitely was as I had to force four years of experiences in two years. I always had an interest in the newsroom ever since Janet Dooley gave me a tour in the spring of 2018. Yes, I bothered Sandy York about letting me in the newsroom even if it would just mean hiding in a corner and watching upperclassmen work on the paper that looked intimidating to a freshman.

I started out as a broadcast major, emphasizing my love for video production and storytelling, but I knew it wasn’t right for me a few weeks in. I then noticed that my calling was in a multimedia focus of journalism. The interest in finding stories, writing, illustrations, and using visual content led me to thrive with The Parthenon. Before becoming the Executive Editor, I was a new and eager reporter only a year prior. I knew instantly on the first day of 301 (Beat Reporting) that I had to take the class seriously and as if it was a job—even without realizing that it would eventually give me a job. I took pride in pitching interesting stories weekly, seeing my name in the newspaper and eagerly checking when my stories would be published online Tuesday nights. I felt like a creative craving was filled as a reporter. I met some great people during my time at The Parthenon that I will forever remember.

Sandy, thank you for always encouraging me as I consistently improved my writing and leveled-up in a higher position each semester. Even when I was nervous and surprised when you wanted me to be the Executive Editor, you allowed me to realize my worth as a story-teller and a leader. You made me feel accepted in a competitive field and gave me a home at Marshall.

Brittany, you had many roles in the newsroom, like the mother, the wife, the mentor, and the one who writes way too much! Just kidding—maybe. As a reporter, I truly did not know who the executive editor was and you were the one I always went to. I, now, cringe at some of the basic AP-style questions I asked, but I learned so many things from you. You will forever be my editor-mom.

Charlie, I have only had the privilege of spending one semester together, but I have already learned so much from your pep talks and captivating stories. I hope to see you more after graduation and hearing more from the one and only Charlie Bowen. This just in. . .

Dr. Rabe, thank you for always checking on The Parthenon and being a genuine professor and friend. I may never be able to read as much as you, but you have inspired me to always read more.

Dan Hollis, even though you are the king of broadcast, thanks for teaching me law and ethics so I don’t do anything stupid as the Executive Editor.

Josh, you may have never worked for The Parthenon but I can’t ignore your work over the past year. As my boyfriend, you worked overtime to proofread all of my work. I’ll allow you to put copyeditor on your resume—you deserve it.

Now, my time is up. As I reminisce, I have to be honest that I am sad to leave The Parthenon newsroom, but I can’t help to be excited for my future. My time may be up as The Parthenon editor, but my time to be a reporter who will make history is starting right now.