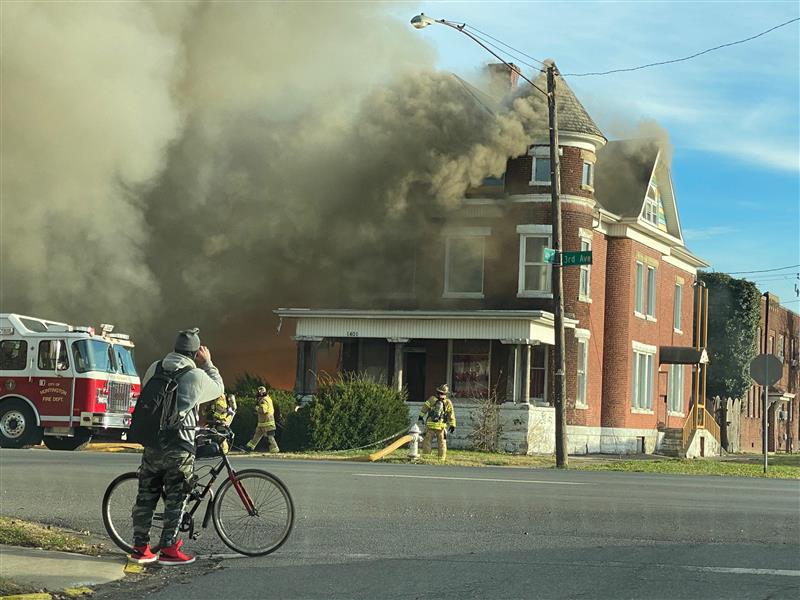 An auto repair shop and other structures near Marshall’s Campus were destroyed in an accidental fire on Wednesday the 24th of November.

The fire started in the inside of 3rd Avenue’s Wooten’s Garage; the blaze was caused by the ignition of gas vapors during a vehicle’s fuel system repair.

The fire spread from Wooten’s Garage to another business and the neighboring apartment building, destroying the apartment and 6 cars on the block of 14th Street and 3rd Avenue.

The Huntington Fire Department was sent to the structure around 3:39 p.m. and extinguished the fire with the help of additional units sent to combat the fire’s large size. 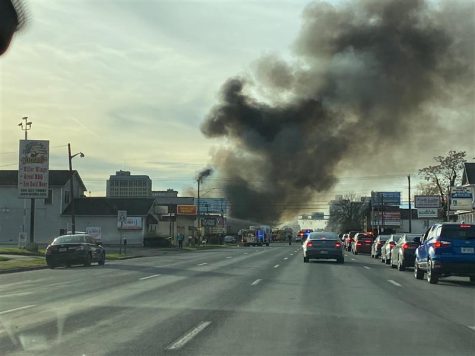 The mechanics inside the garage and residents within the apartment building at the time of the fire escaped unharmed.

Future plans for the destroyed property have been directed to the owner of Wooten’s Garage.

Due to the accidental nature of the fire, there shall be no city involvement or charges pressed.

“Because this fire was ruled an accident by the Fire Marshal’s Office, there are no criminal charges that will be filed against anyone,” Bryan Chambers, city of Huntington Communications Director, said. “The City of Huntington would have no involvement in any civil matters that would arise from the incident.”

The apartment residents escaped unharmed thanks to the actions of retired Huntington firefighter, Dickie Anderson.

The Fire Marshal’s Office revealed that Anderson had warned the people inside the apartment building about the fire after seeing the blaze from a nearby restaurant.