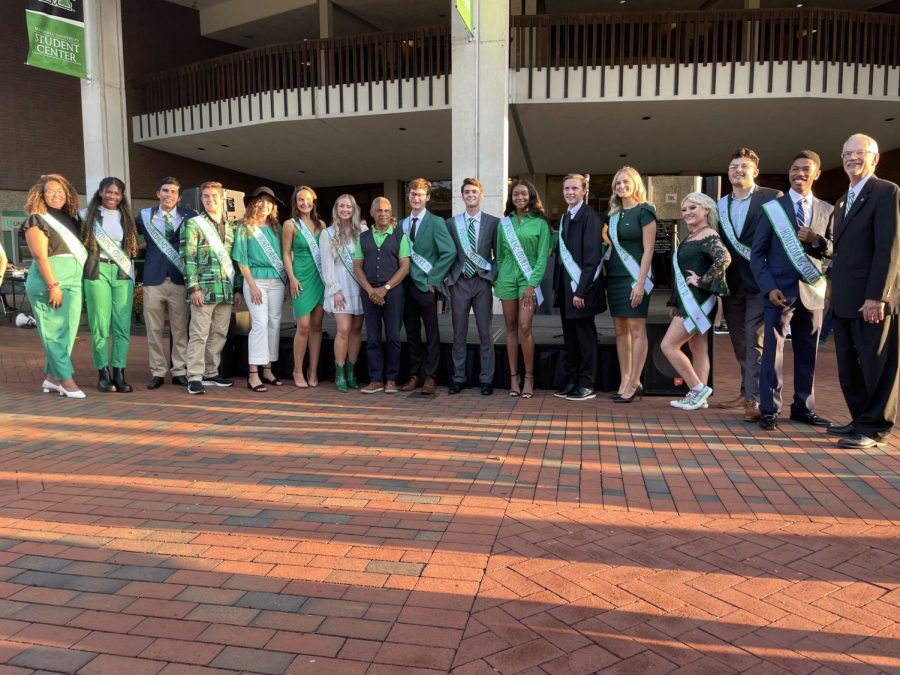 Homecoming court was announced at the 2021 Unity walk, when students filled the Memorial Student Center to celebrate Unity as a University.

During the walk, students walked on each side of campus in two groups, beginning at the Rec Center and ending by the fountain at the Memorial Student Center.

They arrived to see a stage set for the upcoming speakers, including MU President Jerome Gilbert, coach Grassie, and students from all the organizations on campus.

Many attended the Unity walk for the poster decorations and to see the campus celebrate as a unified front, but many students also awaited the announcement of Homecoming court toward the end of the event.

Each student said they were excited to be announced as one of the 15 members of the court.

Members gathered for a photo together smiling brightly as they celebrated their nomination.

“Words can’t describe how much Marshall means to me, and this experience has all been priceless,” said court member Bryton Leadman.

Each candidate began their campaign at midnight on Sunday, Sept. 26.

Campaigns include social media, flyers around campus and student engagement.

Homecoming court nominees are based 40% upon a process of interviews and resumes.

The rest is up to the student body and their votes.

Each court member has the goal of pressing an initiative of their choice to increase awareness for their initiative.

The homecoming parade will take place on Thursday night beginning at 6:30 p.m. on Fourth Avenue at Tenth Street traveling east to Hal Greer Boulevard, where it will move up to Fifth Avenue and continue east to 17th Street at Harless Dining Hall.

The winners or Mr. And Miss. Marshall will be announced at halftime when Marshall faces Old Dominion this Saturday.