Marshall to be Recognized as ‘Model Rosie University’ 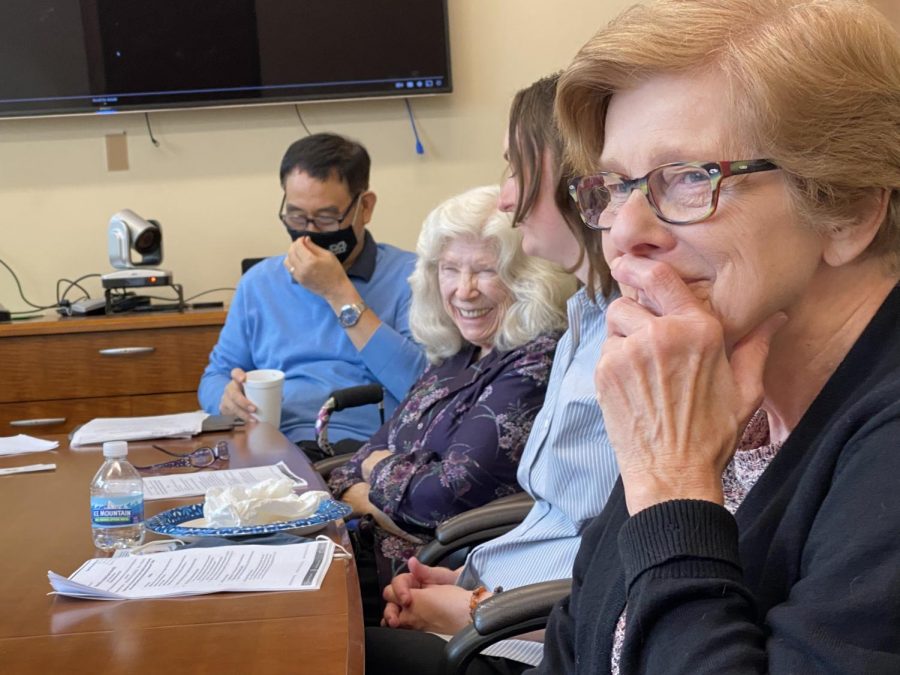 Marshall to be recognized as 'Model Rosie University'

Huntington’s representation of Rosie the Riveters and their role in World War 2, led members from the American Rosie Movement (ARM) to meet with Marshall University faculty to discuss the school’s role in their mission.

The meeting held on September, 23rd was used as an opportunity to introduce the ARM to a variety of Marshall University’s professors to seek out participation and support from the school to help with the further development of their movement.

The purpose of the 13-year-old ARM is to bring attention to and recognize women around the nation who served as “Rosie the Riveter” workers during World War 2.

“It’s a terrible name,”ARM executive director and founder Anne Montague said, regarding the term, “Rosie the Riveter.” “Most of the women were not riveters, most of the riveters didn’t even work in factories.”

The board, including Marshall University students, involved ARM team members, and a Rosie, went into detail with a presentation regarding the longterm goals of the movement with Marshall professors, including: Wook-Sung Yoo, Alysson Goodman, and Amine Oudghiri-Otmani.

Among other long-term projects that involve recognizing the Rosies that are still around today, the ARM’s goal is to form a sizable movement, unlike the average protest, that can give these women a chance to tell their stories and serve as role-models for all generations.

The group’s interest in Marshall comes from the City of Huntington’s celebration of Rosie’s compared to other cities around the country. Notable examples include Huntington having the first Government Building in the United States to be named the “Rosie the Riveter Building,” the Cabell county Library’s Rosie display. 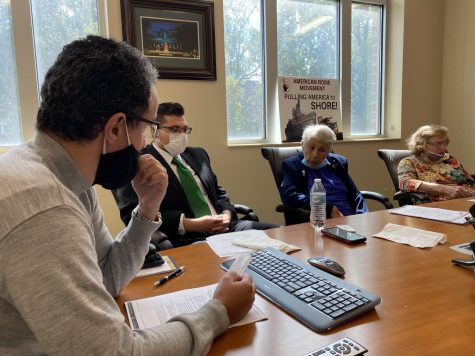 “My own mother was a Rosie,” Montague added. “I didn’t start it because of her, but I’m very proud that Huntington has stepped up.”

The qualifications of a “Model Rosie University,” include a campus that both supports the representation of organizations like the ARM while also recognizing the work of Rosie’s throughout World War 2 and the nation’s history.

Pauline Adkins, a 93 year-old Rosie who worked on an assembly during World War 2 was featured at the meeting. She spoke about her story as a disabeled worker, having been rendered near-deaf after confronting a variety of illnesses asa child.“I could talk, but I couldn’t hear them, I could just focus on my work.” Pauline said, discussing her work with the Sylvian Corporation. “I never talked with anyone about it until she (Anne) got to talking to me about it.”

The ARM board includes a variety of Marshall University students who find value in the preservation of these stories and how they can be beneficial to everybody.

“It’s important to gather and collect the wisdom before it’s gone.” Rowan Robinson, a Marshall University senior said.“The Rosies have paved the way for the women of today.” Nick Withrow, another Marshall senior, and member of the ARM board added. “I also think it’s important from a political standpoint.”