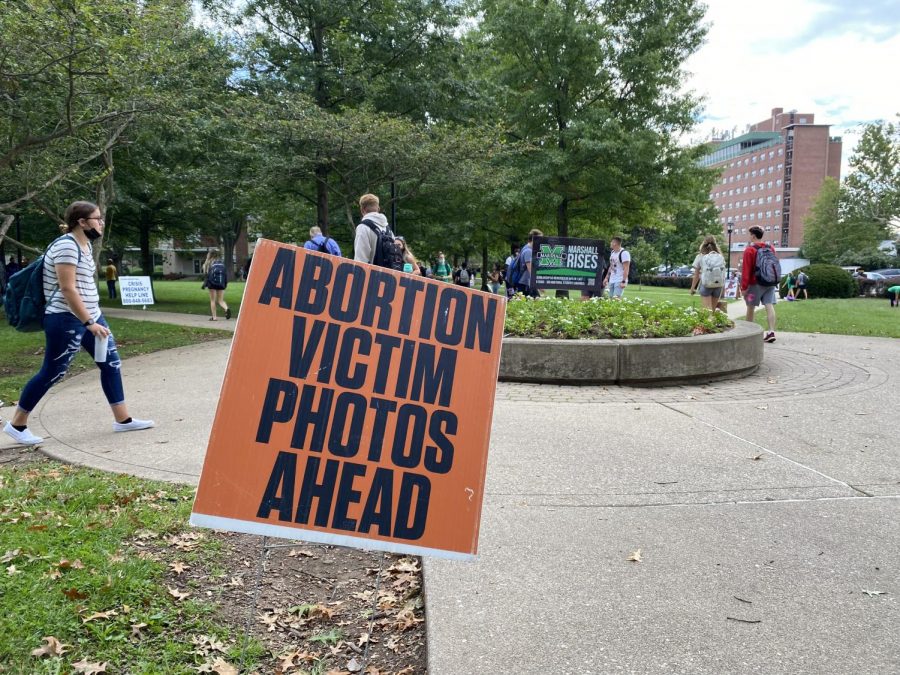 Passersby may have been surprised on Monday to see large photos of aborted fetal remains on signs posted on campus. The organization responsible for the signs is Created Equal, an anti-abortion organization based in Columbus, Ohio, that was founded in 2011 by anti-abortion activist Mark Harrington. Although there were signs placed giving warning of the graphic images, they were difficult to miss when walking past Buskirk Hall.

A small group of students was seen counter-protesting, yelling chants and making their own signs in response. Members from the organization said this happens frequently when they visit universities, and they specifically request a police presence because of it.

“This is just more like fearmongering. This isn’t an effective way to talk about abortion. This is just shock value,” said Kendra Williams, a junior psychology major.

The organization frequently visits university campuses and high schools to attempt to change students’ minds. The group’s social media often boasts of the number of student’s minds they changed that day. According to its Instagram account, 10 people changed their mind at the University of Cincinnati when they visited on September 17.

Created Equal refers to these trips as “justice rides,” which the group says were inspired by the Freedom Rides of the early 1960s during the Civil Rights Era.

Lexie Hall, an external affairs assistant for Created Equal, was the only individual from the organization with whom The Parthenon was allowed to formally speak. Hall said the organization wishes to engage in “genuine conversations with those who agree and disagree.”

Created Equal desires to make abortion completely illegal, not just increase legal restrictions on who may receive an abortion and when. The Parthenon also found instances of the organization’s social media page calling those who have received an abortion “domestic terrorists.”

Hall agreed that the photos were graphic and potentially disturbing, but believes the ends justify the means.

“We’ve done outreaches in different ways and found this to be the most effective in changing people’s minds on abortion,” Hall said.

Hall said that their organization had “nothing to do with politics,” and another member of the organization who visited campus said that Created Equal wasn’t a religious or political organization. However, the organization posts religious material on their social media. Hall also mentioned how members of the group consider themselves missionaries, whose main desire is to change culture, not politics. The Justice Rides website also says, “through conversation, we save the lives of preborn children and share the healing message of the Gospel of Jesus Christ with men and women in pain from previous abortions.”

The website also states the organization does not stage demonstrations in areas frequented by children to avoid potentially traumatizing them with graphic photos. However, the group frequently visits downtown squares and high schools. The website says, “When weighing the feelings of born children against the lives of preborn children, the latter should be the priority.”

As Marshall is a public university, administrators could not prohibit groups like Created Equal from visiting campus, even if they are controversial or use methodology that is deemed graphic.

Abortion has recently resurfaced as a current issue, with Texas passing legislation that makes it illegal to receive an abortion after six weeks. That law makes no exceptions for rape or incest, a measure that Created Equal says it supports. 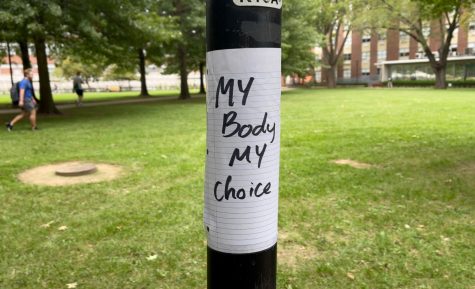 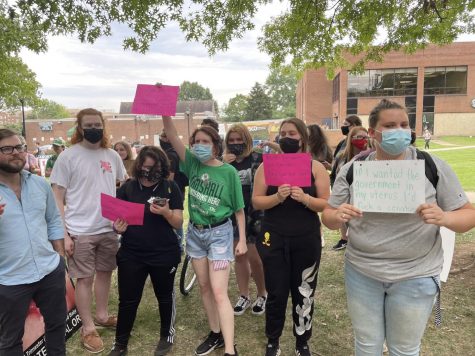 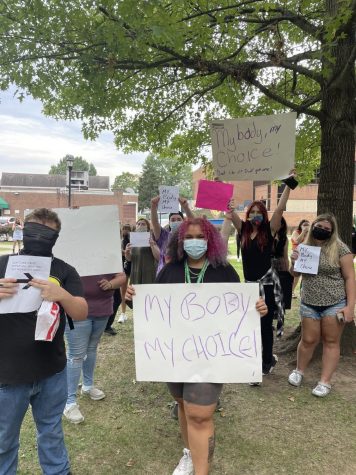 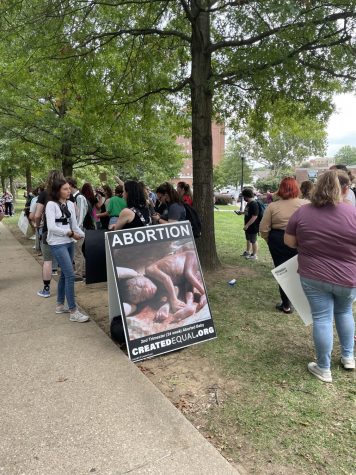