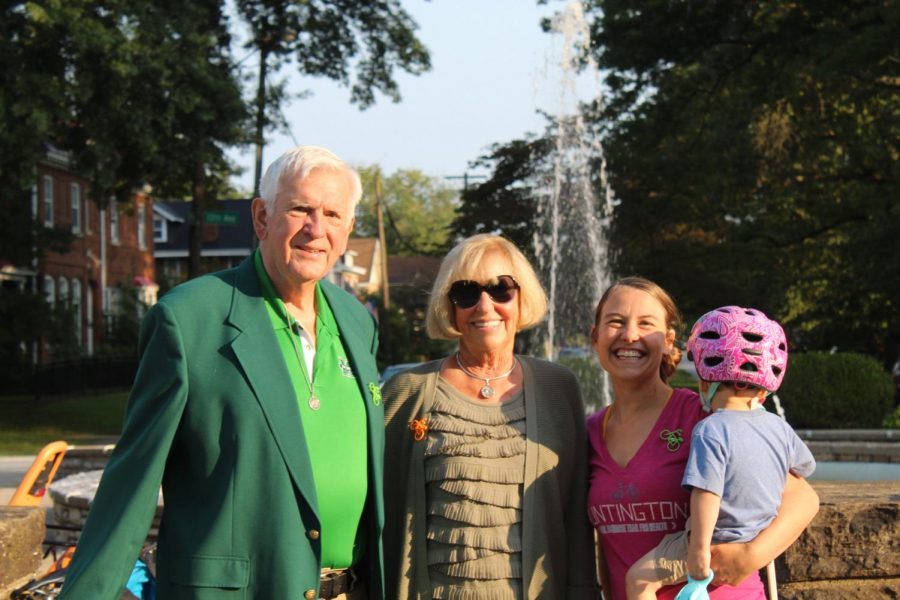 Huntington’s annual FitFest fell on the anniversary of the Sept. 11 terrorist attacks on our nation, using the Paul Ambrose Trail for Health as a path for the community to use.

The trail was established in memoriam of Huntington’s Dr. Paul Ambrose. 20 years ago, Dr. Ambrose was on American Airlines Flight 77, en route to a medical conference in LA when the plane was hijacked and flown into the western side of the Pentagon. Ambrose was one of 189 individuals who lost their lives at the Pentagon that day.

As the FitFest began this year, one of the first in line was Huntington’s City Planner, Breanna Shell. After acknowledging the “pause” FitFest took, Shell described the layout for the Fest. “We wanted to scale it to something that felt safe and manageable during a pandemic,” Shell said. “So that’s why we wanted to focus more on doing these group rides, that way we can show off sections of the Paul Ambrose Trail for Health, while also showing people how to access them.”

Also attending the FitFest were the parents of Dr. Ambrose, Kenneth Paul Ambrose and Sharon Norwood Ambrose. Now residing in North Carolina, the Ambrose family splits this time between Huntington and D.C. in remembrance of their son. Sharon Ambrose, dressed in Marshall green, said, “We’re here to honor him. He was so into preventive health, so the bike riding is great.” Kenneth Ambrose, who was a professor at MU, said he likes returning to the PATH as it is, “a living memorial.”

Dr. Paul Ambrose dedicated his life to helping others through preventative medicine. Through Huntington’s annual FitFest and the PATH, his legacy will live on as he continues to help make the community healthy.