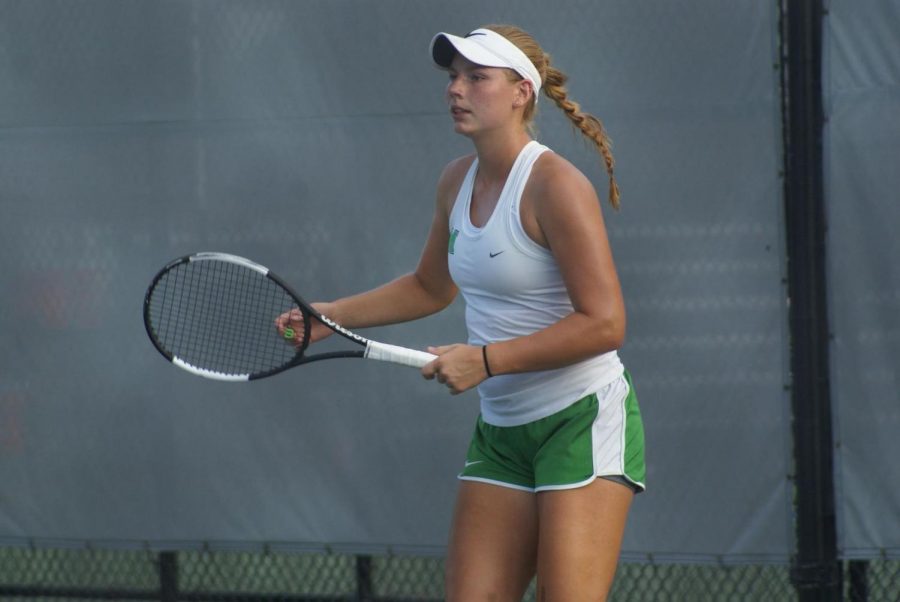 The Marshall University women’s tennis team wrapped up a close contest Sunday at the LU Invite. The LU Invite began on Saturday with Marshall, Liberty, East Carolina and William and Mary participating in the Exhibition Invitational.

Head Coach John Mercer said on his impressions of the first Exhibition of the year, “It was good, I think we have a lot of talent. We really like our freshmen and how they performed, they have some really good matches. We only had 3 or 4 days of practice before going into it, so we kind of knew what we were getting into. But it was good, getting everyone back to speed and getting them back to college tennis.”

Madison Ballow, a leader and senior on the team, said about her team’s performance, “I thought it was good. We have a lot to improve and we’re a young team, which is nice. We have a lot of new people so we get to try new things. We also have an assistant this year, it was nice having someone else there to give an insight into our games and what he would like us to improve upon. There were a lot of positives and a lot of things we have to work on, it wasn’t perfect but overall, it was a good weekend.”

Marshall tennis will be on the courts to co-host “Thunder in the Mountains” with West Virginia University Sept. 24-26 in Charleston.