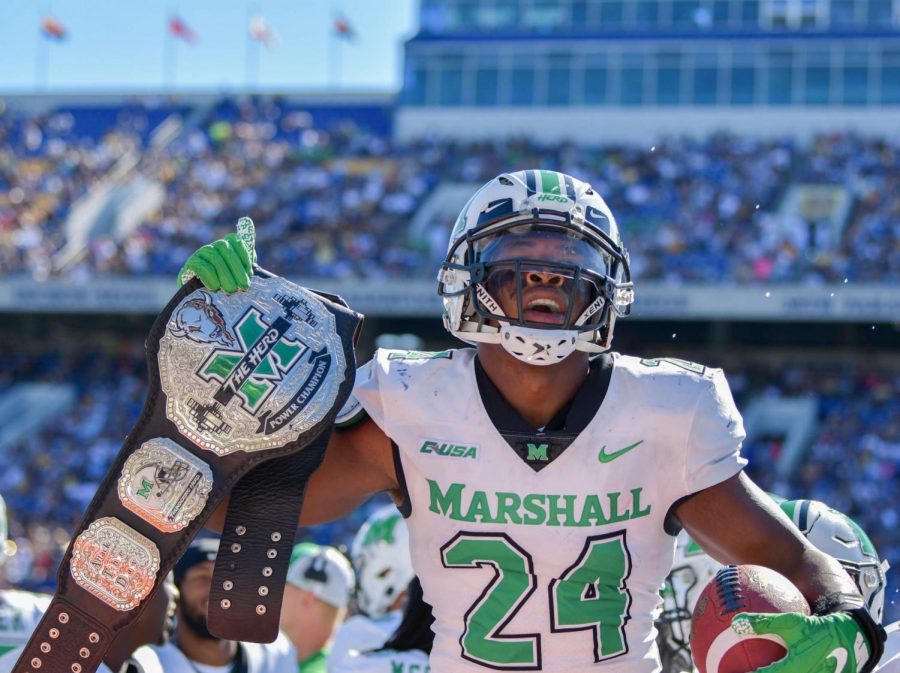 Eli Neal earns title of player of the week

After a dominant showing against the Navy Midshipmen, Eli Neal was awarded Conference USA Defensive Player of the Week. Neal recorded three sacks against Navy in the 49-7 win, doubling his total from all of last season, while also recording 11 tackles.

“It was just my turn,” said Eli Neal. “I take the plays they give me and make them count.”

Neal was also active on special teams, recovering a blocked field goal and becoming a presence for the Herd team that recorded 9 sacks, the second most in a single game in program history.

“We’ve been doing 100 reps in practice,” said Neal. “Once you get to the fourth quarter, you’ve still got twenty or thirty plays left in the tank.”

It is worth noting that the Midshipmen rarely throw the ball, recording only 25 pass attempts. The Herd sacked Navy on over a third of its attempts.

Only four players in the country recorded three or more sacks in college football this weekend, placing Neal in elite company to start off this season. The Memphis native showcased why he was chosen as an honorable mention for the Conference USA all-conference team in 2020.

The Herd looks next to take on NC Central, an FCS opponent that has an experienced running back core.

“They’re an RPO team with a big O-Line and a quarterback that’s not afraid to use his feet,” said Neal.

For Neal, as well as the rest of the Herd defense, the home opener will be a chance to set the tone defensively before the Herd begins conference play.