A sea of green at the Naval Academy: Marshall’s strong fanbase travels to Annapolis 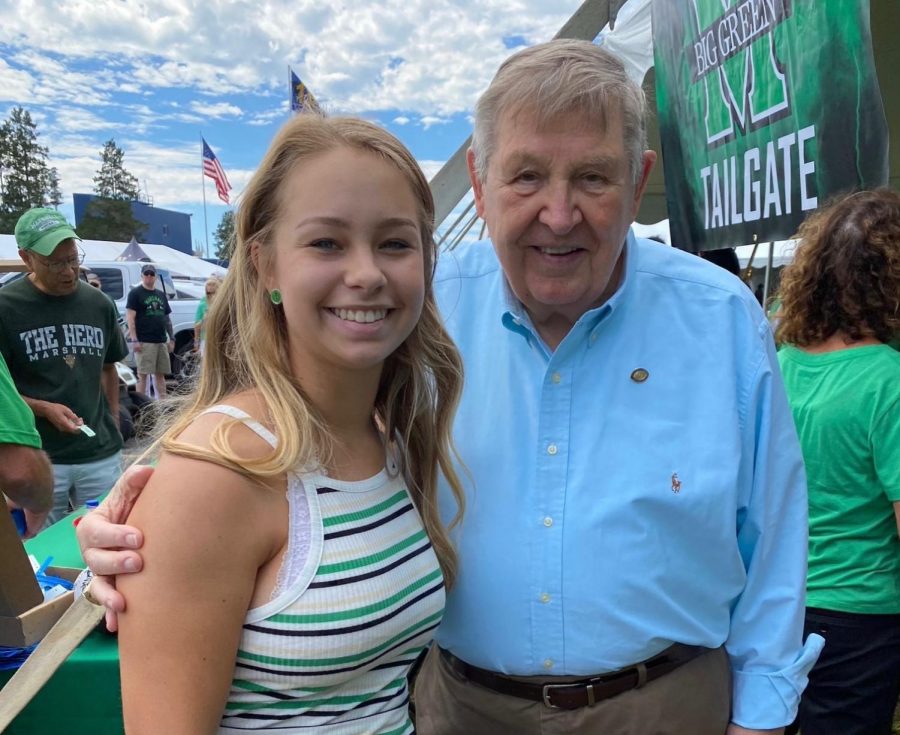 Marshall fans arrived in Annapolis in droves on Saturday as the 2021 Herd football season kicked off against the Naval Academy.

Student Body President Alyssa Parks attended the game in Annapolis this weekend. Parks said she was impressed with how many fans made it to the away game, and she encourages all students to support the football team.

“It was definitely a great experience,” Parks said. “It was very different than playing at home but there was a great Marshall turn out. My favorite part of the game was how they honored Jack Lengyel – it was really cool to see, and I actually got to meet him at the Big Green tailgate.”

Senior sports journalism major Zach Bollinger said the highlight of his trip to the Naval Academy was the pregame festivities.

“The pregame was one of the coolest things I’ve ever experienced – with the flyover and then the guy jumping out of a plane with the American flag and all the students from Navy on the field beforehand was something I have never experienced,” Bollinger said. “Obviously, Marshall winning by 40 points was pretty cool, but the pregame festivities and just the sportsmanship – no matter how much we were up, every single Navy fan and student stayed the entire game and was still cheering even with two minutes left down by 40.”

The etiquette of the Naval Academy impacted many visitors from Huntington, and, as Peyton Weekly recounts, it was a very pleasant experience to begin a new chapter of Herd football.

Weekly has had family attend the Naval Academy, and says the culture is something to witness.

“If you get a chance to visit Annapolis, do it. Everything is just so pure – the people are nice, and the way the midshipmen carry themselves is on another level,” Weekly said. “Marshall football also just looks so good this year.”

Weekly also noted that the Thundering Herd fans had a strong presence at the game.

“There was a lot of Kelly green – not only in the stadium, but throughout Annapolis on both Friday and Saturday night,” Weekly said. “It was awesome to see really.”