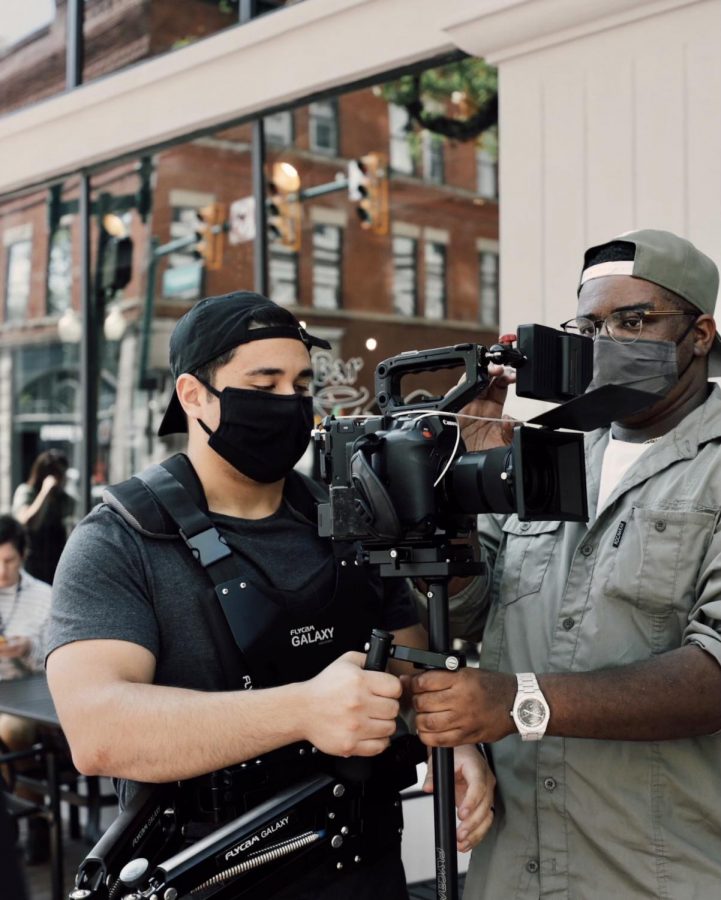 Filmanatix staff shooting a project in April 2021 with a Flycam Galaxy Vest and Canon C500 m2.

Two years since the last Marshall University commercial, University Communications decided to produce a new commercial for the 2021-2022 school year.

“It’s really kind of the one big chance we [Marshall] have every year to do a really nice commercial spot,” Painter said.

Painter said the message of the commercial will be about the Herd family, what Marshall provides, and the men’s soccer team’s first national title.

“It is kinda funny because the script was actually written before the championship,” Painter said. “They were going to use a shot of any student athlete, but after the championship, it will be a soccer player.”

While the commercial has no dialogue and all the clips will be fast-paced, the university is looking for students to apply as an actor to represent Marshall. The university has currently received over 100 interest forms and will continue to accept applications until July.

“We are looking for students that represent the whole spectrum of Marshall. All sizes, shapes, colors and ages,” Painter said. “I encourage anyone who wants to apply to do it because we might just need you.”

The commercial will be captured by Filmanatix, a film production company based in Charleston, West Virginia and has worked with Marshall before with the alumni association. 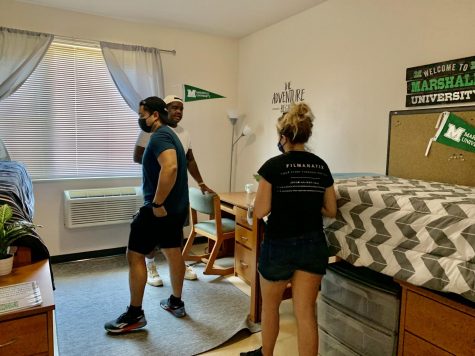 With production freedom, Benjamin Mason, Filmanatix co-founder and creative director, said he wants to showcase all aspects of the Marshall community and attract potential students to join the university.

“With Marshall being so willing to help and being supportive of our concept, it makes it a fun project that has no restrictions,” Mason said. “That’s what makes it vastly different from other projects we do. Our vision is to capture the spirit and lifestyle of Marshall students.”