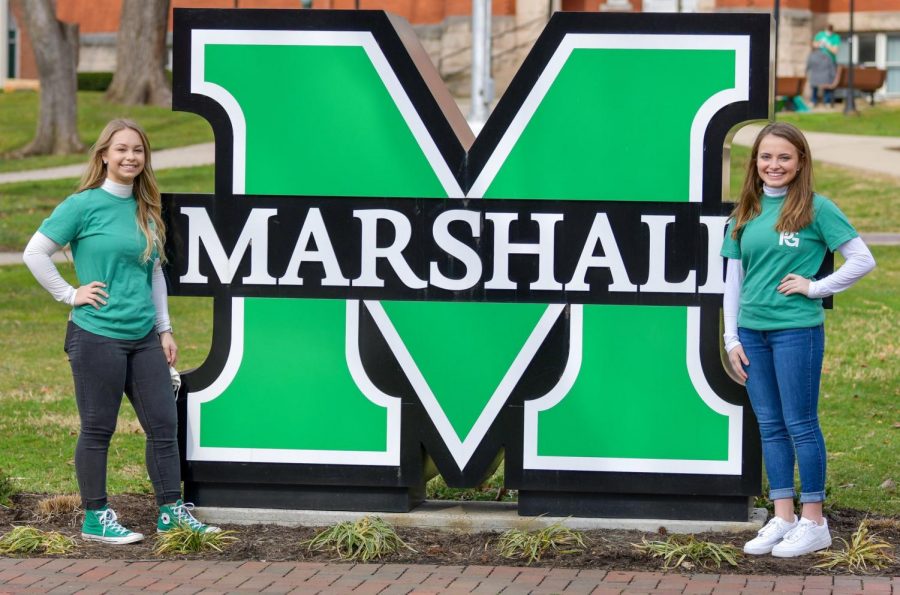 Alyssa Parks and Isabella Griffiths will become the second all-female ticket for Student Government Association president and vice president after their victory in the election last week.

The election took place over two days and was “very close,” as Matt James described, associate dean of student affairs. Parks and Griffiths defeated Cameron Donahue and Mary Doherty. Parks and Griffiths will begin the transition from the Anna Williams and Kyle Powers administration.

“We are very, very excited…and ready to get started,” Griffiths said.

Both Parks and Griffiths acknowledged their nervousness and curiosity regarding their new positions; however, they are eager to begin their work.

“I’m really excited to meet incoming freshman and show them what Marshall has to offer, and now that we are moving back in person, showing them how they can get involved,” Parks said.

“I would definitely say there is a lot of pressure. We want to represent all the students to the best of our ability, but at the same time, we are only two people,” Parks said. “During the campaign, we probably met with around 20 organizations; that’s something we want to continue.”

Parks knows not every student is involved in an organization but feels like it is one of the best ways to reach a significant amount of students in the most direct way.

“It’s not every day that you get to say you represent 13,000 students… the fact that we have to represent that to the best of our ability and do good for them is a very humbling experience,” Griffiths said.

Parks said she feels more comfortable having a team behind her, and having senators to help them represent the entire student body eases the pressure of having to do it all on their own.

“We have some pretty big shoes to fill,” Parks said. “But we aren’t doing it by ourselves.”