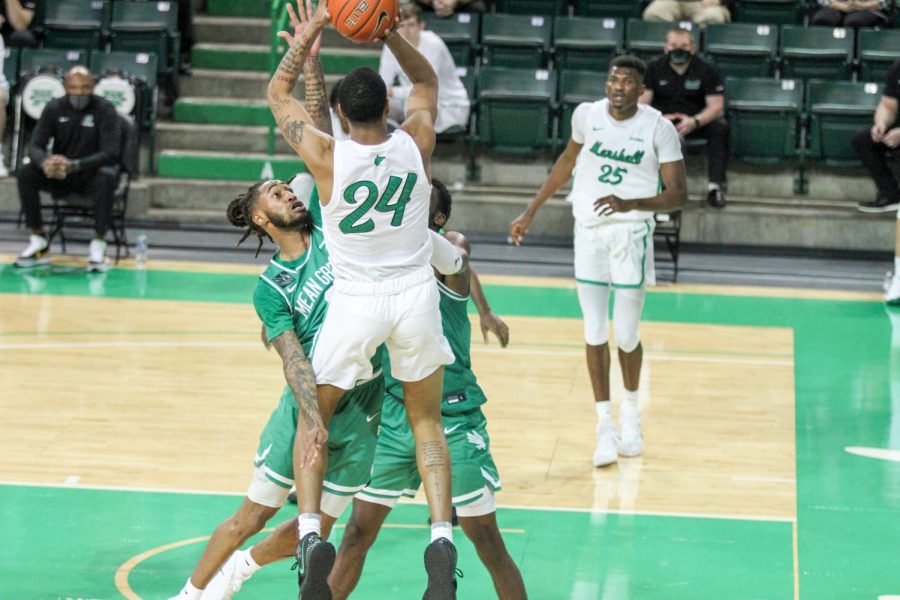 Junior guard Taevion Kinsey announced Friday that he is returning for his senior season as a part of the Marshall men’s basketball team.

“I will be removing my name (from the NBA Draft) and will be returning to Marshall,” Kinsey said. “I have looked at myself and evaluated my game, and there are still things that I want to do better. Right now, I’m just trying to be patient.”

Projected in some places earlier this year to get drafted in the first round of the NBA draft, Kinsey chose instead to play his fourth season at Marshall.

Kinsey said that completing his senior season is within his best interest.

Not heavily recruited out of high school, Kinsey had nine offers including one from Marshall. He committed to the university on April 18, 2018.

Kinsey has also been one of the top rebounding guards in C-USA. Each year, Kinsey has gotten more active on the boards, averaging four rebounds per game his freshman year, five his sophomore year and 6.2 his junior year.

For Marshall, Kinsey making a return is good news after it recently lost a major contributor, senior guard Jarrod West. On March 31, West committed to the University of Louisville for his extra year of eligibility to play for Cardinals head coach Chris Mack.

Kinsey will be joined next year in the backcourt by redshirt junior Andrew Taylor. Taylor and Kinsey could form a potent duo for the Herd next season.

After falling in the first round of the C-USA tournament this season, Kinsey said that another key to his return is the unfinished business he has at Marshall.