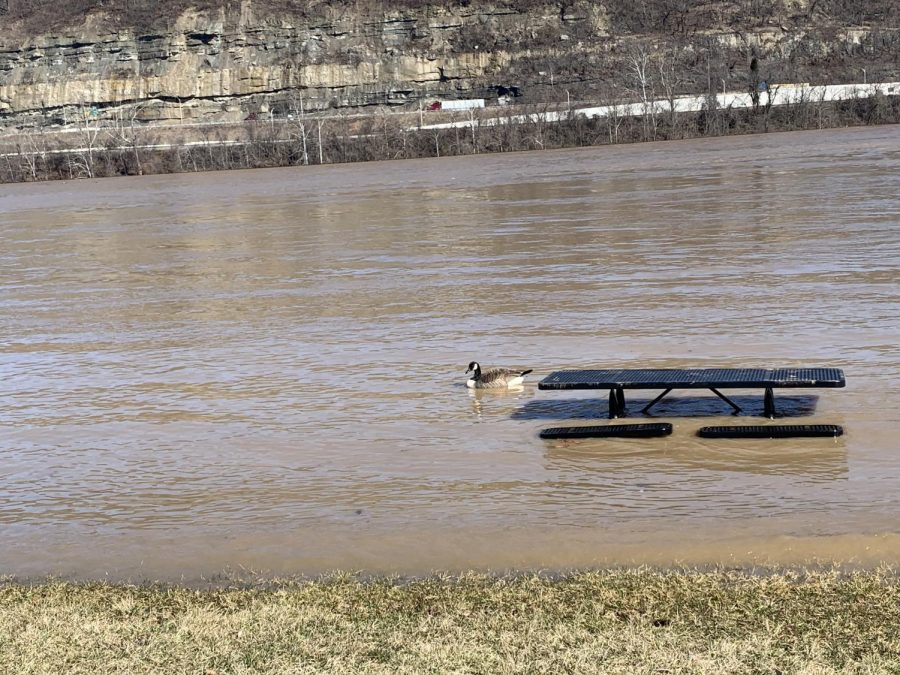 From ice storms and flooding to snow in Texas, will 2021 be the year of extreme weather?

Kevin Law, West Virginia state climatologist, said most of the recent weather is typical for this time of year.

“This is the time of the year when we, most of the time, have our worst flooding,” Law said. “You look when the Ohio River typically goes above the flood crest, and it’s typically going to be at the end of February, also at the beginning part of March. So that part is not that unusual.”

Law said the flooding was expected with the spring rains moving in after the ground was already saturated from snow. He said as the temperatures start to warm up, the atmosphere gains ability to hold moisture bringing greater chances of potential rain when it is warmer.

Law said while tornadoes are not common in this region, there is always a chance. He also said there were strong tornados in March 2012 that went through West Liberty, Kentucky and Wayne County, West Virginia.

“There is always that risk. Since we’re seeing temperatures in the 70s and [then] there’s a pretty strong cold front coming through,” Law said. “That’s going to knock temperatures back into the 50s, so that’s a 20 degree drop and with that big of a drop there is always a risk for potential tornadoes and thunderstorms.”

While the weather seen lately has been somewhat typical, Law said ice storms, like seen in February, tend to not be as severe.

“An ice storm of that magnitude really is not that common in our area,” Law said. “We have ice storms, but nothing quite that bad. You have to go back several years to even probably come close to what we experienced.”

Law said the recent ice storm brought about half an inch of ice to the Huntington area, where the region would usually see only about a tenth of an inch.

“That can be pretty devastating in our area with all the trees,” Law said.

The recent ice storm closed schools across the state due to several road closures from fallen trees, and thousands of constituents were without power for an extended period of time.

During the ice storm, several people in the area reported falling rain that immediately froze on contact.

“Whenever you talk about an ice storm, it’s called freezing rain. It’s actually raining above like in the upper parts of our atmosphere, and then by the time it makes its way to the surface, it starts to freeze on contact,” Law said. “What was happening was that when you go up into the clouds, it starts as snow and there’s a warm pocket of air somewhere in the mid-level, and it starts to melt that snow, and it becomes regular old rain, but then the temperatures down here at the ground are below freezing.

“So, it’s raining into 27 and 28-degree air. You may look outside and say, ‘well, wait a second, it’s raining outside.’ That’s not rain; that’s freezing rain, and that’s dangerous.”

“That’s what we call a big, cold air trough,” Law said. “Whenever we talk about the jet stream, that is the boundary of air between cold air to the north and warm air to the south,” Law said. “That jet stream really traveled far to the south. It was along the Texas and Mexico border. It brought a lot of cold air to Texas that might normally only be in places like Nebraska or the Dakotas. So, you saw temperatures along the Texas/Mexico border that were about as cold as what we have here in West Virginia. They had snow along the Rio Grande Valley.”

Law said there is no single explanation as to why the jet stream will go so far south. He said it is not common, and you would have to go back to 1899 to see temperatures that cold previously.

We can see climate change in our day-to-day temperature variability, Law said.

“It seems like those cold outbreaks were more persistent [historically]. They stayed maybe a week or two,” Law said. “It seems like now, once you do have a cold outbreak, you wait a few days, and then all of a sudden, it’s warm again. The time that the cold wave lasts is not as persistent. I think it’s really evident in this last cold wave you saw in Texas.”

He said the climate changes will cause more variability in the weather in the future.

Law said we can see heavy snow well into April, but with more spring-like temperatures lately, there is a possibility the winter weather is close to over.

“We can’t let our guard down for winter weather probably until April. But most of the time, we can kind of maybe stop worrying about it for the most part,” said Law.