Baseball set to begin its season 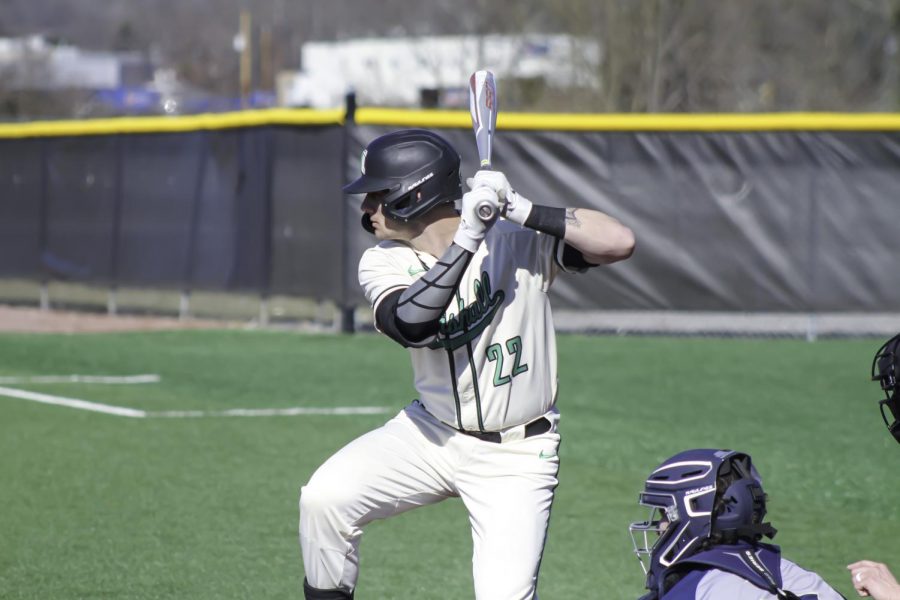 Junior Peter Hutzal readies to swing during a game in the shortened 2020 baseball season.

The Marshall men’s baseball team is slated to begin its season with a three-game series against Morehead State; the first game is scheduled for Friday, March 5 at 1 p.m. at the Kennedy Center YMCA field.

The second game is set to be played in Morehead at 1 p.m. Saturday, March 6, and the final game will see the teams return to Huntington to play at 1 p.m. Sunday, March 7.

Morehead State leads the all-time series against the Herd, 14-7. The two teams have not met since May 1, 2019, when the Eagles came to Huntington and won 8-2.

Because last season was shortened due to the Coronavirus pandemic, the Herd has not played since March 11, 2020. The Herd finished the 2020 season 5-10-1.

Notable returning players to the 2021 squad is senior Zach Inskeep and junior Peter Hutzal, who both led the Herd in batting average last season with a .328 average.

The rest of the Herd’s 2021 schedule features non-conference matchups with Ohio and Southern Illinois. A game with West Virginia was scheduled for Tuesday, March 9 in Morgantown, but it was postponed.

The Conference USA schedule features a new format. This season’s schedule will feature eight four-game series, four at home and four away. There will be one game on Friday and Sunday and a double-header on Saturday.

Although Conference USA baseball does not have divisions, Marshall will face all the teams that proliferate the eastern division in the other C-USA sports, and to that accord, the Herd will “crossover” to play Louisiana Tech and UAB. Moreover, Marshall will face Western Kentucky in two separate series.

The beginning of conference play for Marshall is planned for March 26 at Florida Atlantic.