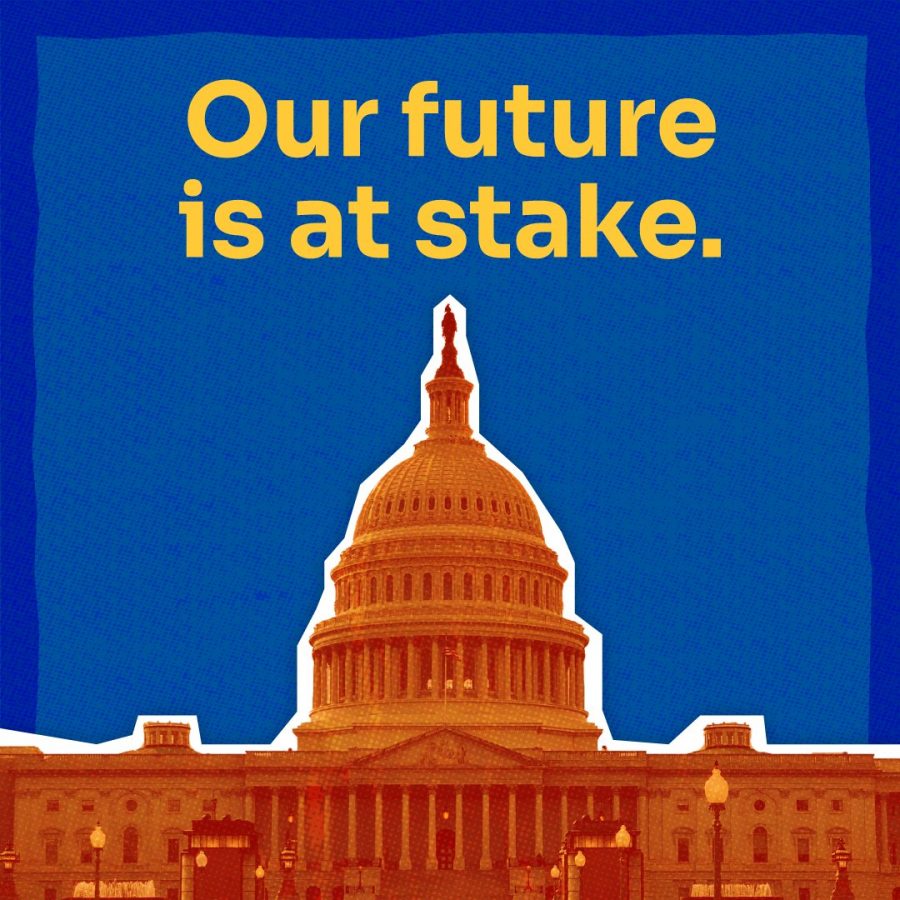 “I would describe the For the People Act as a list of things that any country that calls itself a democracy should already have, but of course America does not,” said Shana Gallagher, Executive Director of Un-Pac and former National Student Organizing Director for Bernie 2020. “The things that are most important in it fall into one of two categories: expanding the electorate and protecting the right to vote specifically for marginalized communities and getting big money out of politics.”

“The reason it is so important for our generation is because young people don’t have a lot of political power despite having all the numbers,” said Gallagher. “We are systemically kept away from the polls, and because we do not have a lot of money to contribute to grossly expensive political campaigns, most campaigns involve politicians and corporations that do not invest in us as a generation.”

The For the People Act will also increase polling locations on college campuses and in communities of color, indigenous reservations.

Gallagher said the act will overturn citizen united and end gerrymandering in all 50 states and introduce public financing of elections, which does not use taxpayer dollars to fund.

“The For the People Act will break the stranglehold that ‘the millionaires and the billionaires,’ as Bernie would say, have over our government,” said Gallagher. She said this will simultaneously get big money out of politics and make it easier for people to vote.

“Those two things alone would help us build and maintain political power as a generation more than any other piece of legislation that we have seen in our lifetime,” said Gallagher.

Another issue the act will address is the abolition of filibusters.

“One of the ways that our Congress is broken and very undemocratic right now is that you cannot pass things through the Senate with a simple majority,” said Gallagher. “A reason for that is because of the filibuster, which means that any senator can basically debate or go onto the floor and present an argument with the Senate for an unlimited amount of time and the only way that the Senate can vote on legislation is when the debate has ended.”

Gallagher said that because senators can go onto the floor and debate forever, and the fact that the debate needs to officially end for legislation to pass, the filibuster is often used to block legislation.

“Even though the filibuster was not a part of the Constitution and it is not a part of the Founding Father’s vision, it has been used throughout the decades, especially in the early 1900s, to really block civil rights legislation,” said Gallagher. “It is a relic of white supremacy, and it started becoming used often in 1917 when southern, racist Democrats used it to block anti-lynching legislation.”

“We are using taxpayer dollars to pay Senators to go to work every day and get nothing done because our system is broken and we have a weird policy that allows people to hijack our democracy,” said Gallagher. “We need to reform the filibuster because it and the closure rule together are what prevents something like the For the People Act from getting through Congress with a simple majority.”

Since Democrats have the majority vote in Congress, if they theoretically all agreed to reform the filibuster, they could work with a simple majority.

“This is why West Virginia so important because only two Democratic Senators have said they do not want to reform the filibuster, and one of them is Joe Manchin,” said Gallagher.

Un-PAC plans to organize students of all ideological viewpoints on college campuses to pressure their representatives to pass the For the People Act.

“Joe Manchin will need to hear from students and young people across the political spectrum from West Virginia, and despite our origins on the Bernie campaign, we are nonpartisan,” said Gallagher. “We want to work with every single student and young person who agrees corruption is bad, democracy is good, and this government does not represent me, and I want to see change.”

David Crawley, a graduate student, will be leading the Un-PAC group on Marshall’s campus. “We want the voting rights for Americans to be universal across all 50 states. If you want an absentee ballot, you shouldn’t need a medical excuse to get it,” said Crawley. “In West Virginia, while we did have that, technically, you had to say voting is a COVID concern, so there’s no guarantee in 2022 or 2021 for the local races in West Virginia that we are going to be able to do that again.”

He said his main goal is for Marshall students to have their elected officials care about their constituents’ issues and not worry about them being paid off by CEOs.

The group stressed that they are nonpartisan. “Having voter reform and getting money out of politics is for everyone because if you’re fighting against the big guy and the big guy is funding your representative, we lose every time,” said Crawley. “That is not what democracy is meant to be.”

Un-PAC will be reaching out to students on this campus by practicing an education method called “class raps,” a short presentation about Un-PAC’s intentions during any classes, in which professors will allow them to speak.

Isabella Robinson can be contacted at  [email protected]