Men’s basketball to close out regular season against Charlotte 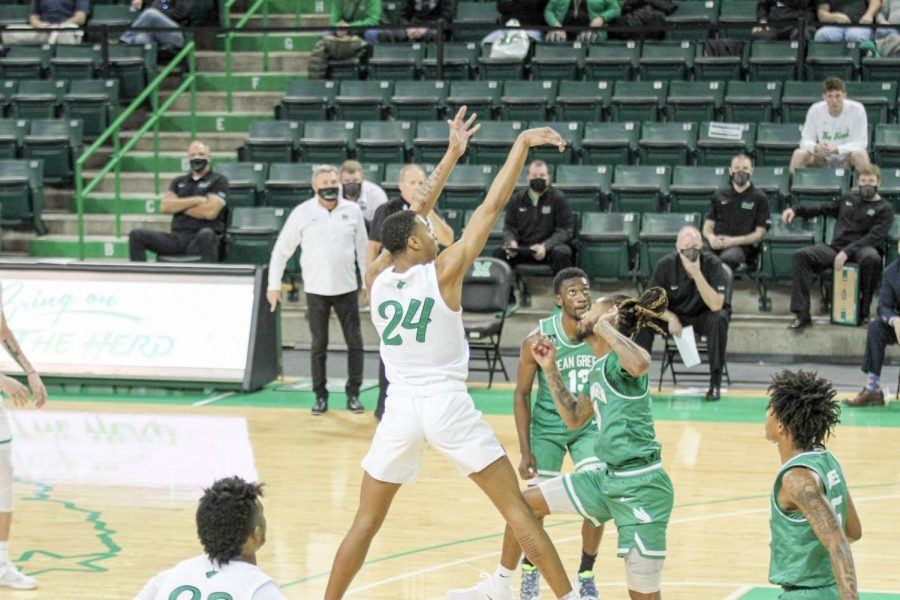 With the final series on the horizon, the Marshall men’s basketball game hopes to finish the regular season out strong against the Charlotte 49ers before playing in the Conference USA tournament.

Currently, on a six-game skid, the 49ers will travel to Huntington for games Friday, Feb. 5 and Saturday, Feb. 6, which were rescheduled from early January.

The main question for the Herd going into this game is whether or not senior guard Jarrod West will be healthy and available for the final two regular season games after taking a hard fall in game one against North Texas.

Head coach Dan D’Antoni said that West has always been an extra voice on the basketball team, whether he is playing or not.

“(West) gives you his heart; he’s a leader and always has been,” D’Antoni said. “I recruited him not as a basketball player primarily, but as a leader.”

Currently, the Herd is in third place in Conference USA East with an overall record of 13-6 and a conference record of 7-5.

The 49ers have an overall record of 9-13 and a conference record of 5-9, putting it in sixth place in C-USA East.

Even with the contrasting records, redshirt sophomore Andrew Taylor said that energy plays an important factor in every game.

“I think (energy) separates good teams from great teams,” Taylor said. “At the end of the day, being able to create energy and not just (having the mindset of) it is what it is.”

Charlotte is led by sophomore guard Jahmir Young who averages 18.4 points, 4.9 rebounds and 2.6 assists a game.

Senior guard Jordan Shepherd is another player who has made an impact for the 49ers this season, getting it done with his offense and defense. He averages 11 points, 3.5 rebounds, three assists and 1.4 steals.

Kinsey scores the second-most points per game out of any C-USA player (19.8), only behind senior UTSA guard Jhivvan Jackson (20.5).

West has proved to be one of the more versatile players in college basketball, averaging 13.2 points, 3.7 rebounds, 6.3 assists and 2.6 steals.

The two-game series is scheduled to take place at the Cam Henderson Center on Friday, Feb. 5, at 7 p.m. and Saturday, Feb.6, at 2 p.m. Both games will air on Stadium TV.