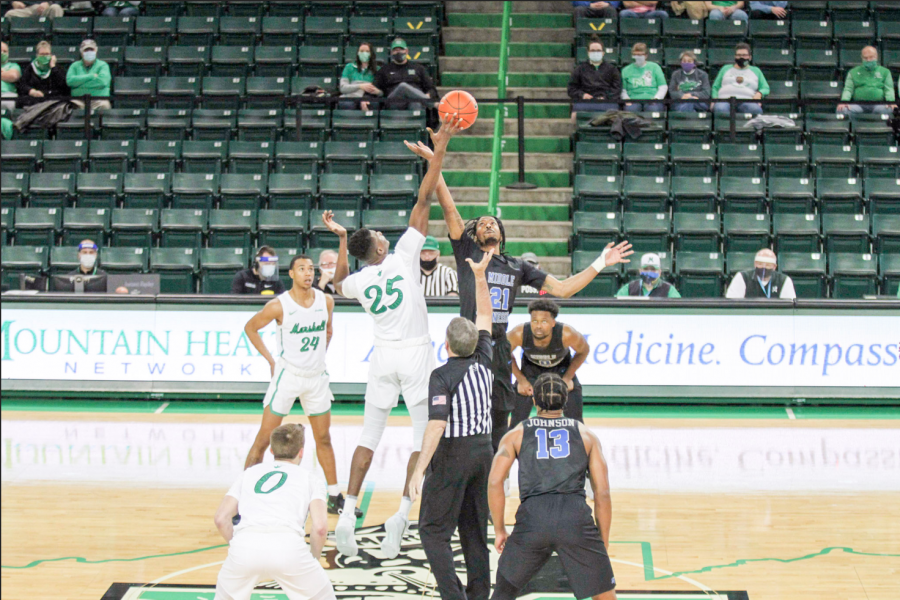 Freshman Obinna Anochili-Killen skies for the jump ball to start the two-game series with Middle Tennessee.

After a slow start in game one Friday, Marshall’s offense exploded for 107 points, the most points scored since December 2016. In game two Saturday, the Herd offense picked up where it left off, leading to a second victory.

Freshman Abi Hugh opened up the scoring in the 56th minute, scoring her first career goal. Two minutes later, East Tennessee State knotted it up at one, and the game would head to overtime. In the 99th minute, Hugh scored her second goal of the day to seal the Herd victory.

Bouncing back from a defeat to UVA, Marshall played its first home contest of the season, defeating  Furman. Senior Anna Smith made a comeback in her match to tie the score; graduate student Madison Riley swept her opponent to give the Herd the team win.