Athlete of the Week – Savannah Wheeler 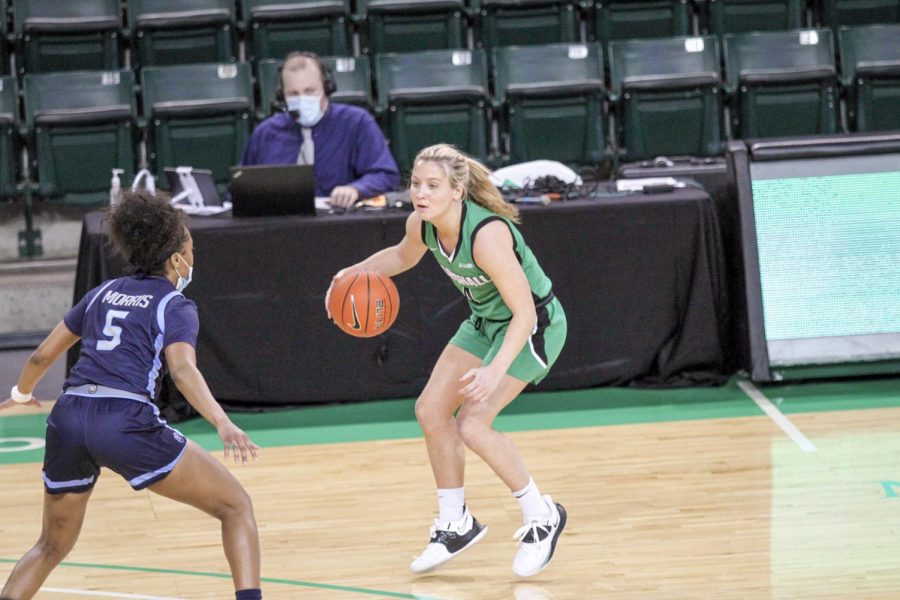 After a career-high scoring performance against Old Dominion on Saturday, Savannah Wheeler has earned athlete of the week honors.

Her 35 points and four three-pointers helped lead the Herd to a 73-68 overtime victory. With the win, the Herd split the two-game series with ODU, making it the fourth time this season the team has split a conference series.

Wheeler willed the Herd to victory in overtime on Saturday.  She scored 12 of the Herd’s 13 overtime points, single-handedly outscoring the Monarchs.