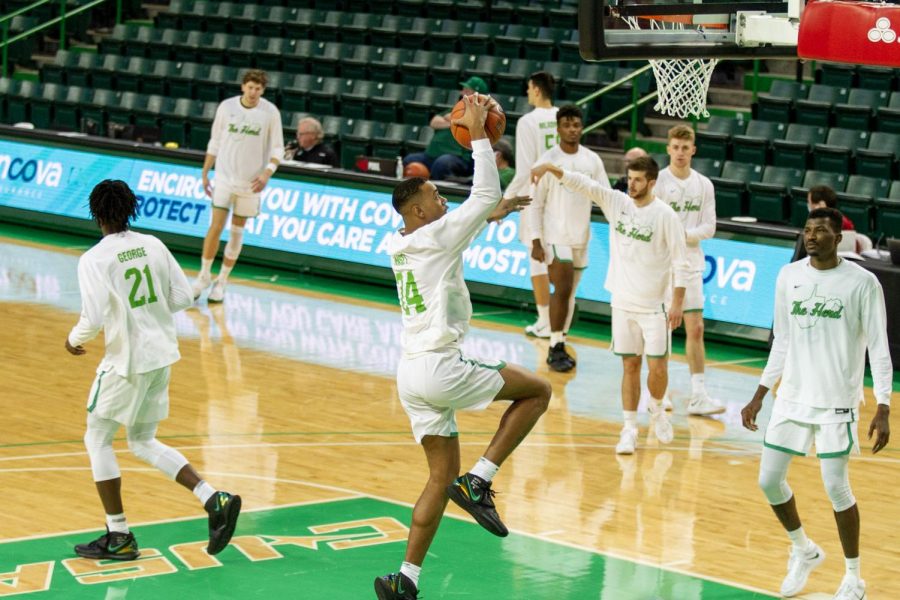 Taevion Kinsey goes up for a layup in warmups.

After losing a 21-point lead against ODU on Friday, Marshall bounced back to beat ODU by 20 on Saturday. In game two, the Herd offense made 13 three-pointers, shooting 48.1% from deep, while the Herd defense held the Monarchs to 14.3% from beyond the arc. Andrew Taylor, Jarrod West and Taevion Kinsey combined for 53 points on Saturday night, making up for 61% of the team’s scoring.

Exploding for a career-high 35 points, Savannah Wheeler willed the Herd to victory in an overtime thriller in game two on Saturday.  She scored 12 of the Herd’s 13 overtime points, single-handedly outscoring the Monarchs.

In game one on Sunday, Marshall got off to a 2-0 set start. Charlotte fought back to win set three, but the Herd closed it out in the fourth set to take game one. The Herd’s Ciara Debell led the way with 16 kills.

Game two on Monday went the opposite way for the Herd, with Charlotte winning the first two sets. Marshall took set three, but Charlotte wrapped up the match in set four.