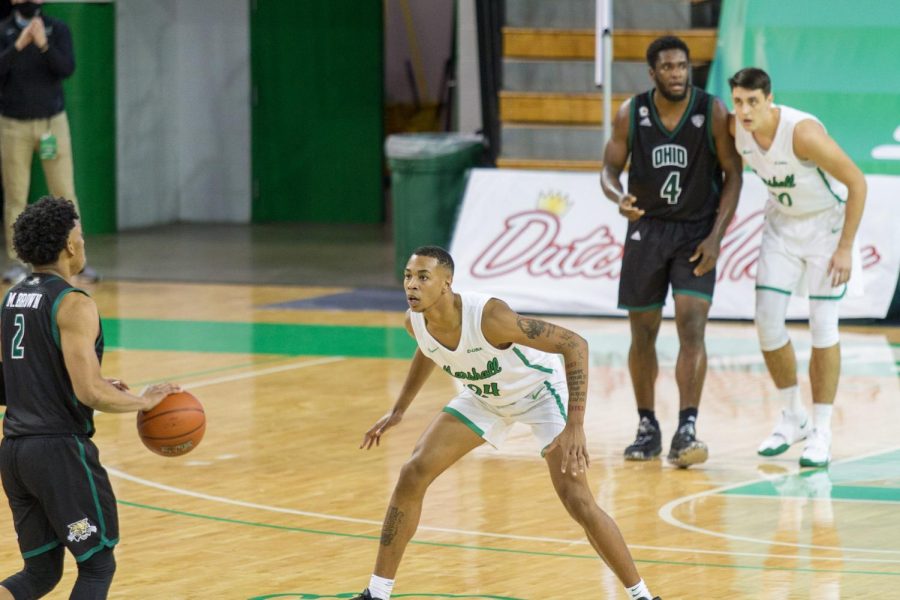 The Marshall men’s basketball team plans to travel to Norfolk, Virginia to take on the Old Dominion Monarchs for a two-game series on Feb 5-6 at Chartway Arena.

Both teams have had a substantial amount of rest due to program pauses due to the ongoing COVID-19 pandemic. Assuming the schedule holds up, Feb. 5  will be the Herd’s first game since Jan. 23 and the Monarchs first since Jan. 16.

“We’re just glad that – hopefully – this week we can get back to playing,” junior guard Taevion Kinsey said.

Because of the volatility of this season, head coach Dan D’Antoni said that he will not be excited about actually playing a game this weekend until he sees the ball thrown up for tip-off.

Speaking to his team’s hopeful opponent this weekend, D’Antoni said that in order to understand ODU, one has to understand its program.

“They have a big time setting,” D’Antoni said. “So, anytime that you’re going to play ODU, they are equipped to be a very competitive team that always has a chance to win Conference USA.”

With a limited amount of recent film to go off of, Kinsey said experience and free flowing play will be keys to coming away with a victory.

“(We’ll take) whatever type of help we can get from the film,” Kinsey said, “but if we don’t have any, then it’s just got to be a basketball game – who wants it more?”

The Monarchs are led by senior guard Malik Curry who averages 16.5 points, 3.9 rebounds, 4.1 assists and 2.1 steals per game. The next leading scorer on the team is junior forward Kalu Ezikpe who averages 10.3 points to go with 6.7 rebounds and 1.4 blocks per game.

Kinsey, on the other hand, leads all of Conference USA in points per game, averaging 19.8 points. He also averages 6.8 rebounds and 3.8 assists per game while shooting 53.4% from the field.