Marshall Alumni: Where are we now? Todd Cameron 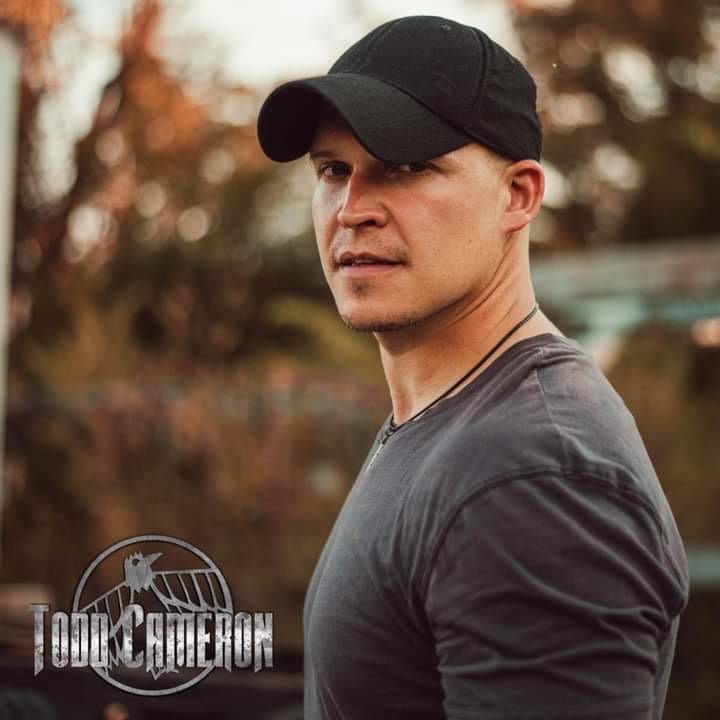 Growing up in a small town and state that he loved, Todd Cameron never planned to leave West Virginia. So, when an opportunity arose to expand not only his career, but also his side gig, it was hard for Cameron to say no.

“I’ve been with Pepsi going on 14 years now,” Cameron said. “I am a district manager for them right now and [practice] music, so I live a double life.”

Cameron was performing shows across West Virginia between 2010-2012 when his human resources manager from Pepsi came to a performance and encouraged him to branch out.

He said his manager put things into a perspective he had never thought about before.

“He told me, what you’re passionate about is your music, and in order to have a work-life balance, you’ve gotta be in a place where you can pursue your hobbies and the things that keep you interested and keep you excited,” Cameron recalled. “That’s how you stay motivated, and that reflects back in a normal career and work as well. If you feel stuck, you’re going to kinda deteriorate at both ends.”

“It was a great career step for me with Pepsi, but also set me up to really pursue the music a lot better and get in the environment I need to be in,” Cameron said.

Cameron has been in Nashville for nine years working with Pepsi and his music career. He said they were to the point they were playing over 100 shows a year.

With the busy schedule Cameron was keeping, he was starting to feel burned out. Coronavirus gave him a much-needed break.

“It felt like I was losing a lot of creativity. It wasn’t really giving me that rush, that satisfaction on stage,” Cameron said. “So, when corona hit and canceled all the shows anyway. I took it as a time to step back and honestly to focus more on writing, producing and putting out music.”

Cameron said he never imagined he would be touring to the extent he was before COVID-19.

“I took this year really to write. I’ve been in the studio a lot, and it’s kind of nice,” Cameron said.  “I’m grateful and thankful for the time to be able to catch up with some friends and family and do normal things because when you’re touring as much as we were and working a normal job, you barely have time to breathe. It’s nice for me, and I think it’s resulted in a lot better and some new songs that I’m excited to put out.”

One of the things Cameron loves most about performing is getting the crowd hyped up and excited. He also loves to write and co-write all of his songs.

“That’s something that’s always been important to me. I feel like, ya know, to be believable and to get people behind you as an artist,” Cameron said. “You’ve got to be able to come from personal experience or be able to say, ‘hey, this is why I am an artist.’ There are a lot of artists that cut other folks’ songs, and that’s totally fine, but I think just starting out, I’ve maintained that I would write every song that I put out.”

“I love West Virginia. It will always be home to me. I call Nashville my temporary home. Every song that you hear, the idea started from something that happened in West Virginia,” Cameron said. “It’s not that I’ve even really meant to keep it that way. It’s just been that way because everything that I write about, everything that I’ve mainly experienced, and some of the hardest lessons I’ve learned that turn into some of these songs have been West Virginia related at some point. Be it a relationship, a moment, a memory, anything family involved, friends, whatever. Some of the best years, days of my life. It’s just one big, small town. That’s what the whole state is, and that’s what I love about it. That’s something that I always plan to continue to do in the future, too,” Cameron said.

While Cameron never forgets the people who encourage him, he hopes he can be an encouragement to others,

especially those from West Virginia who oftentimes feel stuck.

“That’s the people that believed in me to get started at, and that’s the people I respect the most,” Cameron said. “And I hope it inspires other people. I don’t know if it’s a mentality; I’ve just seen it. I’ve heard it a lot, kids just feeling stuck, and I know I did. I felt that way at some point, too, and to be where I am now, just super blessed. Super thankful and just grateful for every fan and everything. I hope that inspires other people to chase their dreams too.”

Cameron says he does not face the small-town West Virginia stigma often but always keeps a positive attitude when it does come up because he says every state has those small towns, and great things come from them.

“If there’s an opportunity for something you want to pursue that seems unrealistic, but you know other people have done it, just think they probably came from a small town too, so go do it,” Cameron said.

Cameron received his bachelor’s degree from Concord University and his MBA from Marshall University. These set him up for not only his career with Pepsi but also his music career.

“A lot of people don’t realize it, but being in the entertainment/music world, specifically here, is probably 30% about actually being a creative artist and 70% business,” Cameron said. “So, for the LCOB, really getting my MBA and furthering that education in regard to anything business-related.”

Cameron also said the group work from the MBA program has helped him in both aspects of life.

“The MBA was really kinda group focused, and I loved that about that program. That you really learn to work in groups because it teaches you to work alongside personalities,” Cameron said.  “Managing personalities is something I do more than manage employees with Pepsi. It’s the same thing with band members. When you’re given a set of goals, you’re working with people who come from different backgrounds, who come from different mentalities about things. Even as a leader, you’ve got to be able to motivate. This is in the entertainment world and also in the Pepsi world.”

No matter where Pepsi or the music world takes him, Cameron says West Virginia will always be home, and he encourages everyone to give his music a listen and to check out his stories from the music world.

“If people want to check out the music, I’m on Instagram, Todd Cameron Music,” Cameron said. “I’m even on TikTok. I got on TikTok as a joke, and it’s the fastest social I got.”