Forever a Daughter of Marshall: A Farewell by Taylor Huddleston 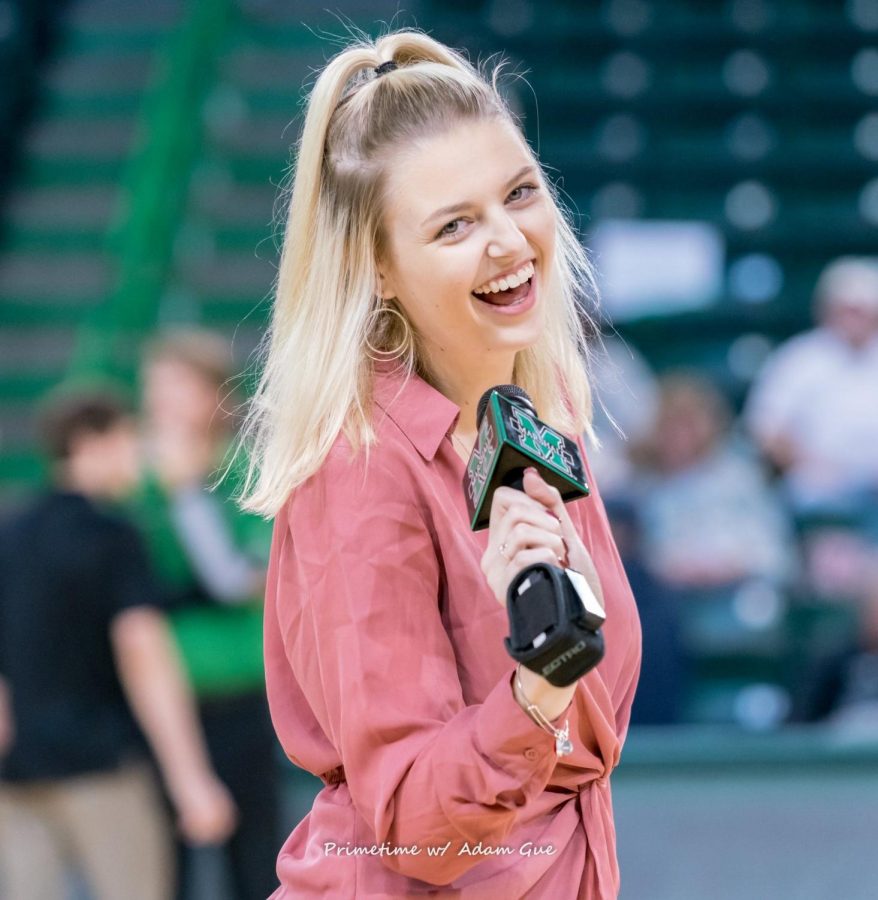 All good things must come to an end eventually, right? Tears flow down my face as my time with The Parthenon is coming to an end. What a journey this has been for me during my time not only with the university student newspaper, but Marshall University in general. I’m not sure that I’m ready to accept this reality.

The Parthenon has been one of the biggest reasons I have had so many opportunities to pursue my career in sports journalism. I’ve spent two wonderful and unforgettable years, serving as a news and sports reporter, Assistant Sports Editor and Sports Editor.

I was a terrified, yet eager sophomore journalism student when I began working for The Parthenon as a news reporter August 2018 and transitioned into being a sports reporter in January 2019 until May 2019. I was finally going to learn how to cover sporting events for all of Marshall University Athletic sports teams. And I did. The sports editor at the time, Rick Farlow, asked me to write a recap of the Marshall University Men’s Basketball team’s win over Glenville State in October 2018. That’s when I knew this was the right profession for me. I worked alongside Kieran Intemann, former sports editor after Farlow, and I was fortunate enough to travel to Frisco, Texas to cover the 2019 Conference USA Basketball Tournament and do social media interviews, write sports stories and fully indulge myself into the sport media world. I will never forget it.

When my time was up being a sports reporter, I knew I wasn’t ready to leave The Parthenon. I was encouraged to apply for the Assistant Sports Editor position. I was named the Assistant Sports Editor in May 2019 and served that position until December 2019. I was fortunate to work alongside former sports editor Sydney Shelton after Kieran and learn how to design the weekly sports pages. I was able to travel to Norfolk, Virginia and watch the Marshall University men’s soccer team clinch the Conference USA Championship title and even cover their NCAA match against WVU, in which the nationally ranked Herd won. I am thankful for all the sporty tips and tricks Sydney shared with me in order to fill her role once she graduated. I couldn’t have done a lot of this without her guidance.

My time as Assistant Sports Editor came to a close, but I knew I wanted to take on the challenging role of Sports Editor. I took over January 2020 and will officially pass it on December 2020. COVID-19 greatly affected my time as sports editor, but I made the best of it! I was fortunate to travel back to Frisco, Texas, with one of my best friends that I met in the journalism program at Marshall, Savanah Matney. It was just us two women roaming the airports and the great state of Texas, meeting tons of Herd fans, interviewing strangers who would once become friends, writing sports stories and taking sports photos and videos. I’ll never forget that.

To cap off the end of my time as Sports Editor, I was able to lay a rose for former Parthenon sports editor, Jeff Nathan, at the 50th Memorial Fountain Ceremony. Jeff was one of the 75 lives that perished in the Marshall Plane Crash and left this earth far too soon. I hope I’ve made the impression that he once did as sports editor. My biggest project that I worked hard and focused on was the 50th Memorial edition of The Parthenon, in which every page included a headshot of each of the 75 members that were on the plane and only included stories and memorabilia related to the November 14, 1970 sports tragedy. It was an honor to be in charge of designing and creating the layout. I couldn’t have done it without my entire staff. Thank you to The Parthenon adviser, Sandy York, for allowing me to achieve and accomplish my dreams.

I’ve written stories for and watched football, basketball, baseball, softball, swimming and diving, cross country, track and field, soccer, golf, volleyball and tennis. I’ve seen it all. I’ve developed a love for storytelling, especially in the sports world. I’m grateful, thankful and blessed to have served as your sports editor. This isn’t a goodbye, it’s definitely a see you later. The Parthenon will always have a special place in my heart now and forever. But I’m not done yet.

This has been your Thundering Herd sports report, I’m Taylor Huddleston.