Lacrosse prepares for a new season 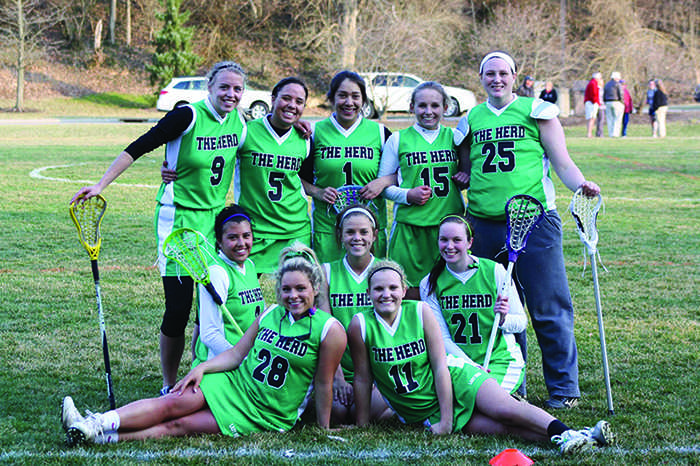 Herd lacrosse poses for a picture after its match against Xavier University last season in Cincinnati, OH.

The Marshall University lacrosse team is preparing for a new season despite the challenges the team has faced.

The team is self-governed and responsible for paying fees out-of-pocket, relying heavily on fundraising. Costs include hotels, referees, traveling and uniforms.

The team will host its first home tournament, courtesy of its new home field located on 29th Street. The tournament will be April 4 against Indiana University of Pennsylvania.

“The team and I are very thankful for this field because now we can host tournaments instead of paying for gas and hotels when we travel,” Conners said.

Recruitment Chair Alexa Shay said there are new members on the team this season.

“We are all excited for the new members that are playing this year and can’t wait to start the season,” Shay said. “They are all very dedicated already and are excited to play. We also have a lot of new girls that have never played before, and everyone is catching on to everything really quick.”

Junior team captain Sophie Cooper said the addition of 14 new players to the returning five will bring a diverse skill set to the team and provide them with a promising season.

“It will be exciting to see how we match up in the new conference,” Cooper said. “We have a lot of talent and pure heart and the willingness to play and represent Marshall, which will go a long way. I am most excited for our home game on April 4. We are expecting a good turn out with fans, friends and family. I am excited to see how we do.”

Conners, a senior, says her favorite part about the team is the friendships she has made throughout her years at Marshall.

“It has really made me feel like I’m part of a community within my school,” Conners said. “We’ve just truly become family, and these girls are some of the best friends I’ve ever had.”

Kaitlin Slayton, president of the team, said she expects to have a good season.

“I expect great things to come out of our upcoming season,” Slayton said. “We have established 19 players total on our roster for 2015. Being able to say I’ve helped this team become a family as president is something I cherish. Not only do we get to play lacrosse as college students, but we also make memories during some of the best years of our lives.”

The team will play its first game of the season 2 p.m. Feb. 21 in Cincinnati, Ohio, against Xavier University.