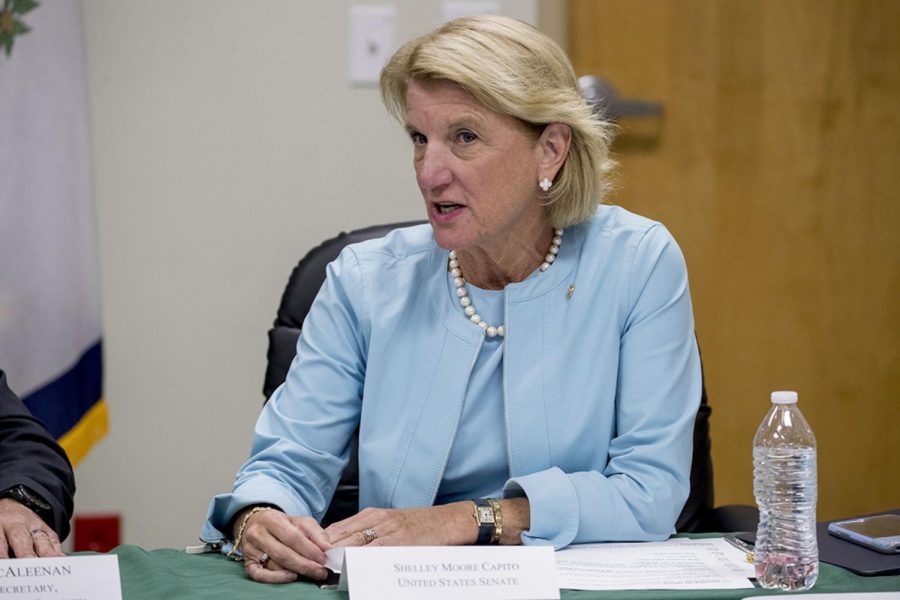 “Barrett’s confirmation is incredibly consequential as she will likely shift the center of gravity (…) toward the right edge of the court’s conservative wing, which could potentially result in rulings that are significantly outside the mainstream of public opinion,” wrote Amelia Thomson-DeVeaux in her Five Thirty Eight analysis.

Even setting aside Barrett’s reprehensible, far right-wing record and the obvious dangers her nomination poses to civil rights and general political progress in the U.S., Capito’s confirmation vote is particularly offensive.

Barrett’s confirmation hearings began less than a month after the passing of Justice Ruth Bader Ginsburg last month, her confirmation occurring just a week before Election Day on Nov. 3. She will be the third Supreme Court judge appointed by President Trump in his first term.

The timing of the proceedings is particularly notable considering the actions of Senate Republicans—Capito included—in 2016, when President Barack Obama nominated a Supreme Court Justice ten months before the next elections.

Merrick Garland was considered a moderate judge and had received praise from Republican Senators before his nomination. Regardless, within hours after Justice Antonin Scalia’s passing, Sen. Mitch McConnell announced there would be no new justice appointed until a new president was elected. Republicans argued it was too close to the elections, and the American people ought to have their voices heard before a judge was confirmed. No proceedings were held.

“One of my proudest moments was when I looked Barack Obama in the eye and I said, ‘Mr. President, you will not fill the Supreme Court vacancy.’” McConnell said later that year.

In March 2016, Capito, agreeing with McConnell and her fellow Senate Republicans, released a statement reading, “Before a Supreme Court justice is confirmed to a lifetime position on the bench, West Virginians and the American people should have the ability to weigh in at the ballot box this November…”

Now, McConnell, Capito and the Senate Republicans, empowered by a lack of substantial procedural pushback from the Democratic establishment, have exposed their own hypocrisy in confirming Judge Barrett just a week prior to the 2020 elections. This is yet another example of brazen corruption occurring right out in the open, for all to see, the product of a system which allows and awards such corruption for those who yield enough political power.

Let there be no more doubts about the illegitimacy of the Supreme Court, which is meant to be non-partisan, and plays a crucial role in the functionality of the U.S. government. Barrett’s confirmation is entirely partisan, as was the blocking of Garland’s nomination in 2016, and Republicans are not even trying to hide it.

The Supreme Court is a partisan, illegitimate institution used by Republicans—and allowed by Democratic leadership—to undemocratically cement the dying ideals of conservatism into a country growing increasingly aware and unwilling.