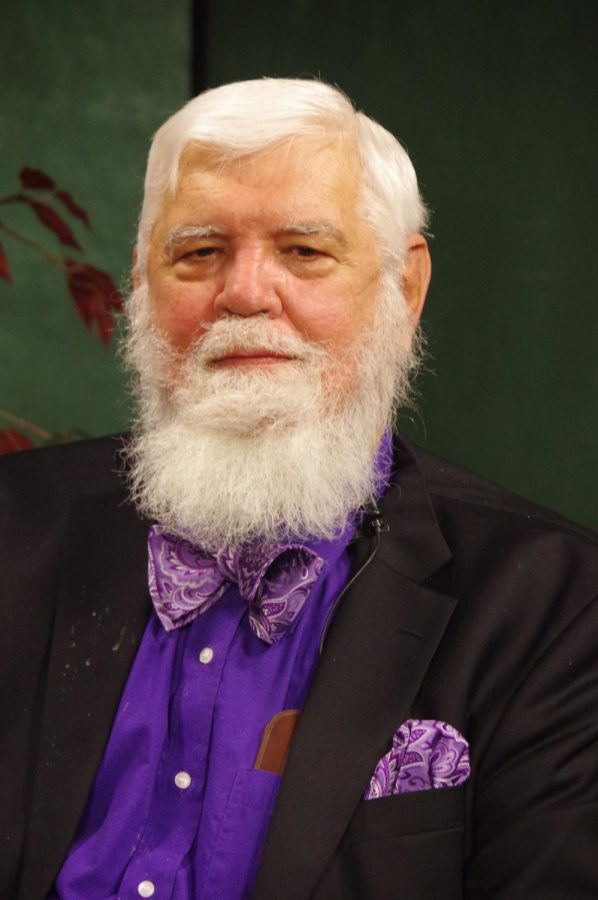 The son of the founder of Marshall University’s journalism school, W. Page Pitt, visited campus last week as a part of his trip to reconnect with his hometown.

Coley Pitt said he became interested and involved in sports broadcasting and storytelling as a result of his father’s influence. Although his lifelong career was spent in the business of historical reconstruction, Coley Pitt participated in side gigs including as a high school baseball and football color analyst. He also intertwined his inherent interest in journalism with his construction business by sponsoring a broadcast talk show where guests in the community were interviewed to talk about their local impact.

“That was one of the direct influences,” Coley Pitt said.  “You’re here to provide a service to people. Let them know what is going on in the world.”

He vividly recalled memories of his father’s resilience and dedication to the journalism profession, noting his father was visually impaired, but continued to guide his students on the path to professional storytelling.

“You need to know what’s going on,” Coley Pitt said. “You can’t be the person saying what happened.”

He recalled an example of Page Pitt’s teaching methods in a story in which his father created a newsworthy scenario to his class, unbeknownst to them, and then challenged them to write about all the details they witnessed.

Coley Pitt noted his advice to young journalists would be to remain vigilant.

“You are going to be the eyes and ears of the public,” he said.

Coley Pitt said that he believes his father would be disappointed in some aspects of today’s media for sensationalizing news.

“He would be a little upset with some of the media drifting into telling people what they should think,” Coley Pitt said.

Before Coley Pitt moved to Florida as an adult, he grew up in Huntington, attended Huntington High School, and spent a significant time around prominent people of the Huntington because of his father’s connection to the Marshall community.

He recalled sharing a hash brown recipe with Donald Dedmon, who was president of the university at the time of the 1970 plane crash.

Coley Pitt said he has enjoyed his time visiting Marshall again, but has been surprised at how much has changed on campus.

He reminisced on the changes he has seen throughout Huntington and Marshall, such as buildings being removed, and modern additions being added, but most notably he highlighted the nostalgia he felt returning and how it reminded him of his father.

“I tell people when they are grieving you can’t grieve for losing someone, you have to remember the good memories. And boy, do I have the good memories from both of my parents,” Coley Pitt said. “It is comforting for me to know something he did, that he started, has flourished and is doing well and he is still remembered.”