Column: DNA does not make the dad 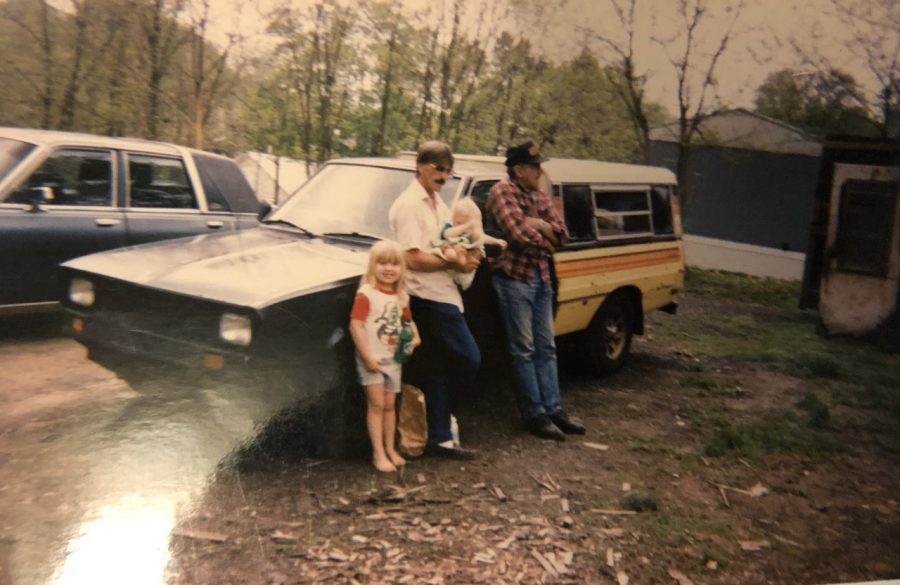 A memory of a miniature Brittany with her dad, Roger.

Some say the teenage and college years are when one really discovers themselves and find out who they really are in life. But I would argue that we never truly finish discovering ourselves. All of our lives we are discovering who we are, what we are and are not passionate about and secrets from our past.

When I was 13 years old, I found out that my dad was not really my dad. It was life shattering at the time and something I have struggled with over the years. Even now in my late 20s I debate on who I am because of who my biological father may be, but in reality, my dad is who raised me. He will always be my dad, and no one can change that, not even DNA.

Recently I connected with someone from high school who I had never really knew beyond social media. What connects us? Our dads.

Both of us were adopted by amazing men who raised us just like their own. In fact, anyone who knew them would tell you that they never would have known that we were not their biological daughters. They would chastise anyone who would say something about us “not really being theirs.” Sadly, we both lost our dads this year, within months of each other but their memories will forever live on in our hearts.

The likeness that comes from our dads has connected us virtually in an odd, but amazing way.

So, when I scrolled past a comment on social media that said, “your dad is John Doe, whether you like it or not,” I was infuriated. I honestly would have been for anyone who was told this.

Her dad was never around. She never met him and in fact, there is no 100 percent-for-sure person who is biologically her father.

But that does not matter.

DNA does not make the dad.

How can anyone have the audacity to say someone is someone else’s dad when they have never once showed up?

The only thing I have in common with my father, Jay, other than half of his DNA, is we have the same nose. I know his name and nothing else. He was never there for     me growing up, I could not pick him out of a lineup, I cannot tell you anything about him and he did not teach me anything.

Now my dad, Roger, I share so much with him. For as long as I can remember until the day he passed, he made sure I knew he loved me. He taught me the value of hard work and having a strong work ethic. He took me to my first dentist appointment, and I remember him making me get shots I did not want. My dad taught me how to drive a car and to mow the lawn. He made sure I was not a girl afraid to get my hands dirty.

I have memories of shared music, movies and laughs. I was his only girl and you knew it. DNA did not make him my dad, love did.

I honestly have not found out what happened to my father or why he was not around growing up. I have heard stories upon stories from various people but have no real answers. Whether he was not around because he did not want to be or because my mother kept him away, it does not change the fact of who my dad is.

I have learned a lot of things about life and who I am as a person, but some things are not debatable.

Now and forever, Roger will always be my dad and Jay will forever be just my father.

DNA does not make the dad.