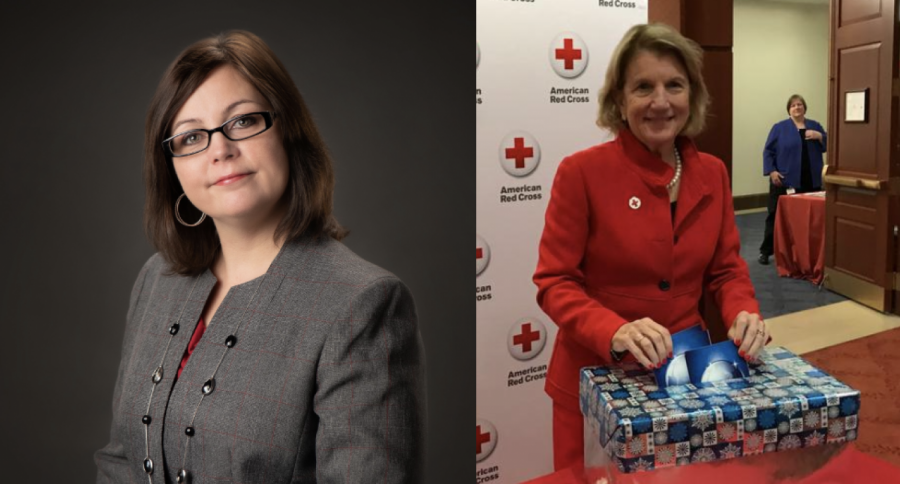 Paula Jean Swearengin, Democratic candidate for U.S. Senate in West Virginia, and incumbent Republican Sen. Shelley Moore Capito were trending for several hours on Twitter over the weekend as Swearengin and posters from around the world called upon Capito to debate her challenger before the general election in November.

The trending moment began with several posts by Swearengin aimed at Capito and calling out the 5-year incumbent for her lack of accessibility and responsibility both to her constituents and to her opponent.

However, the tone of Swearengin and her supporters quickly turned more serious when one Twitter user posted a “Now This” video in which, as the user explained, “(a) mother, whose daughter has cancer, challenge(s) Capito on her record to vote to repeal the ACA.” The tweet acknowledges that Swearengin is a prominent supporter of Medicare-for-All, while, “Capito wants to kick over 8 million people off healthcare.” Swearengin and hundreds of other Twitter users shared the video.

Moments later, Swearengin posted a tweet calling out Capito for having six constituents arrested in 2017 for attempting to make contact with her outside of her office.

“I promise you will never have to fear getting arrested for trying to speak to me!” Swearengin posted, with an accompanying screen shot of a news story about the 2017 arrests.

As each of the posts continued to garner thousands of interactions from random users and prominent political figures across the country, Swearengin posted another meme, this time one in the form of a “Wanted” poster. The meme is accompanied by text reading: “2018 Teacher’s strike? I was there. CWA strike? I was there. COVID relief? You’d have to drag me kicking and screaming off the Senate floor before I left Americans out to die! Where was Capito? In her ivory tower every. single. time. #CapitoDebatePaulaJean.”

At this point, several other famous actors, musicians, and media figures had hopped onto the trending #CapitoDebatePaulaJean:

Independent media host Tim Black posted: “Look who’s avoiding having to explain their record @SenCapito? It’s not rocket science. A public servant who will not sit in front of their constituents and speak to the issues with their challenger is hiding something. Debate Paula or resign. #CapitoDebatePaulaJean.”

Mark Ruffalo, producer and actor in the 2019 film “Dark Waters,” which tells the story of a West Virginia town contaminated with dangerous chemicals by DuPont, posted: “Hey Shelley Capito! , your state wants to know why you are afraid to debate your opponent? Stand up for what you believe and meet @paulajean2020 on the debate stage.”

Even Swearengin’s primary opponent, former state senator and presidential candidate Richard Ojeda, joined in, posting: “If Capito doesn’t have the courage to debate then why does she deserve anyone’s vote?”

Perhaps the most damning comment of the night though, was posted by Swearengin toward the end of the trending moment. Garnering several hundred reposts and nearly 1,000 “likes,” the post features another “Now This” video showing constituents attempting to reach Capito at her office and resorting to flying paper airplane notes into her window when she refuses to open the door or to answer her phone. Accompanying the video is text reading: “My opponent says she is ‘there’ but you can see with your own eyes that she is NOT. Constituents shouldn’t have to fly paper airplanes into her office to get her to care that people will die without healthcare. #CapitoDebatePaulaJean.”

For democracy to function, candidates cannot simply refuse to respond to their constituents or to participate in public debates with other candidates. Capito needs to accept Swearengin’s challenge for a debate before the general election in November so voters can better understand the differences between the two candidates and the likely implications of casting a vote for either of them.

Visit this link: https://www.capito.senate.gov/contact/contact-landing to see how you can contact Capito to let her know your opinions about these hugely important issues.