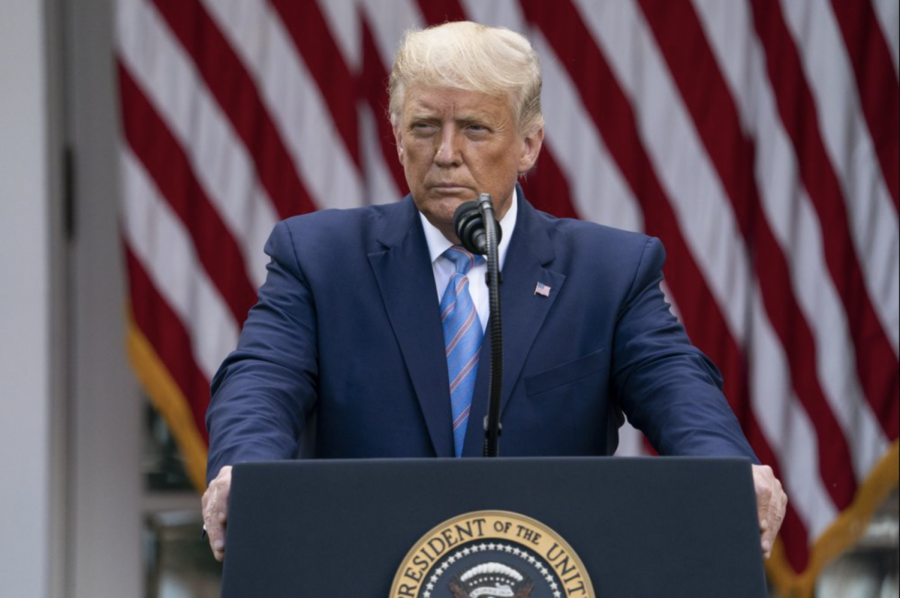 We hate that this has to be said, but minimum wage workers should not be forced to pay more in taxes than millionaires and billionaires—not in the wealthiest country in the history of the world, or anywhere else really. But this is our American reality.

Over the weekend, The New York Times published an investigative article revealing President Donald Trump—who was born into absurd wealth and whose net worth is well over $2 billion—paid just $750 in income taxes in 2016 and 2017.

While constantly bashing on the campaign trail the idea of “socialism” in terms of helping the poor, the president himself has for decades benefited from a sort of corporate “socialism” for the ultra-wealthy and privileged.

One does not have to be an expert on tax policy to understand how deeply unjust and immoral is the American tax system which allows millionaires and billionaires continuously to fail upward and commit fraud while only cracking down on the masses of working poor people living paycheck-to-paycheck.

In fact, thousands of Americans took to Twitter Sunday to express their grievances having read the grim revelations reported by The Times.

One Twitter user explained: “As someone who takes about $17,000 or so a year after taxes, I have paid more in taxes this YEAR—and more taxes will be paid this year—than Trump did in 2016 and 2017. I live paycheck to paycheck while he lives a lavish lifestyle…”

Even worse, this situation is not exactly an unusual one for hard-working Americans across the country.

As The Parthenon reported in October last year, “The richest 400 families in the country paid an effective tax rate of about 23% in 2018, while the bottom half of Americans living paycheck-to-paycheck, struggling to survive and provide for their families, paid over 24%.”

In addition, an analysis published by CNBC in November last year revealed that the wealthiest 1% of Americans are responsible for about 70% of underreporting of personal wealth for the purpose of avoiding tax payments.

“The top 1% of taxpayers would likely avoid about $5 trillion in taxes over the next decade unless the IRS improves its enforcement,” the analysis states.

Of course, President Trump may be somewhat better at avoiding tax payments than most, but it is no secret that other millionaires and billionaires do this as well—because our broken tax system practically allows it, and presidential administrations under both political parties consistently refuse to crack down on white collar crimes.

Economists Gabriel Zucman and Emmanuel Saez, who conducted the analysis The Parthenon reported on last year, explain: “(The U.S. tax system) looks like the tax system of a plutocracy.”

The American tax system is designed solely to further enrich the already absurdly wealthy and to entrap the poor and working-class in a situation of constant labor only to continue struggling living paycheck-to-paycheck, with no real chance of significant upward mobility.

Indeed, even many college students who are forced to work part-time or full-time jobs in addition to completing their coursework contribute a greater percentage—or perhaps even a greater sum total—of their income to federal taxes than do some millionaires and billionaires who simply were born into their wealth. This certainly is the case with the current president’s contributions.

As another Twitter user explained: “I’m a low-income international student in the US. I have a scholarship and I work part-time but even I paid more in taxes than the billionaire POTUS.”

Such is the state of our American plutocracy. The president fear-mongers endlessly about immigrants and looters and other struggling poor folks, meanwhile, those same individuals and families have contributed vastly more to the dying ideal of The American Dream than the president ever has or ever will.

It is abundantly clear: President Trump is a fraud, a looter and a scam artist—but he is not alone.

The U.S. economy and broader social fabric is beyond broken, and to fix it, we must raise taxes on absurdly wealthy individuals and corporations and actually begin enforcing those rates and investing in communities and individuals who need support.