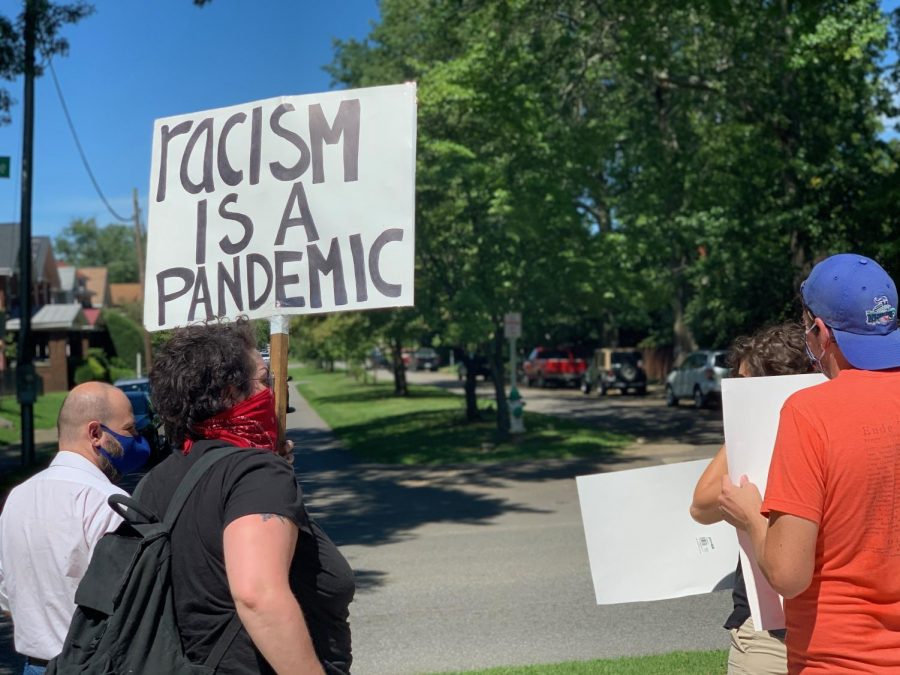 Seventeen Republican state senators from West Virginia recently made headlines for penning a letter to Marshall University and West Virginia University criticizing, among other things, WVU’s football team for wearing “BLM” stickers on their helmets.

In the letter, Sen. Eric Tarr (R- Putnam) and 16 other Republicans refer to the Black Lives Matter movement as “a domestic terrorist group” which promotes “hate speech that is inciting deadly and destructive riots, assassination of police officers, and denigration of our Republic.”

The falsehoods expressed by these senators are simply staggering.

The irony of claiming Black Lives Matter encourages assassinations of police officers, also, is staggeringly untrue. In fact, the opposite is true. American police assassinate poor people and people of color every single day in this country. Police in American kill over 1,000 people each year, and over 99% of those killings go unpunished. Most guilty officers actually are rewarded for their killings with several weeks or months of paid time off work.

And systemic racism, put simply, is an undeniable and obviously present issue in America. For example, using data only from this year, nearly 30% of police killings were committed against black people (and an even greater percentage against minorities in general), despite black people making up less than 15% of the national population.

Additionally, a 2014 study conducted by the University of Michigan Law School concluded that: “Black men constitute 6% of the U.S. adult population but are approximately 35% of the prison population and are incarcerated at a rate six times that of white males. One in three black men will be incarcerated at some point in his life.”

The evidence of systemic racism, especially in law enforcement and criminal justice, is unquestionable, and these circumstances are worsening, not improving. The only explanations for such statistics are that American law enforcement and criminal justice are blatantly white supremacist and systemically racist, or that black people and other minorities are somehow inherently more likely to commit crimes worthy of incarceration or death. Believing the latter option is the very definition of racism.

Furthermore, the vast majority of domestic terrorist groups in America are the exact opposite of Black Lives Matter. This country is plagued by white supremacist terrorists—not young people protesting passionately in the streets for racial and economic justice. Only one of these things is inherently noble and patriotic…

Just this month, Politico released a damning report revealing that…

…“White supremacists present the gravest terror threat to the United States, according to a draft report from the Department of Homeland Security.”

According to a recent report by the Center for Strategic and International Studies, ultra-conservative terrorism accounted for more than two-thirds of all terrorist attacks and plots in the U.S. last year and over 90% of such attacks in the first half of this year.

“Far-right terrorism has significantly outpaced terrorism from other types of perpetrators, including from far-left networks and individuals inspired by the Islamic State and al-Qaeda,” the report states. “Right-wing attacks and plots account for the majority of all terrorist incidents in the United States since 1994, and the total number of right-wing attacks and plots has grown significantly during the past six years.”

So, why are so many prominent figures in our national politics—and far too many of our neighbors and fellow community members—perpetuating the lie that terrorism comes from left-wing, progressive movements such as Black Lives Matter? Leaked DHS documents published by Politico include a plausible explanation.

“None of the drafts POLITICO reviewed referred to a threat from Antifa, the loose cohort of militant left-leaning agitators who senior Trump administration officials have described as domestic terrorists,” the Politico report states. “Two of the drafts refer to extremists trying to exploit the ‘social grievances’ driving lawful protests.”

And this should come as no surprise. We know that extremists constantly attempt to use real issues with society to perpetuate their own extremism—and, in this case, racism. But perhaps what too many do not realize is that many such “extremists” wear expensive suits and ties and find work in local and national government. West Virginia is no exception.

Claiming that Black Lives Matter is a “domestic terrorist group” is both extremist and blatantly untrue. The seventeen senators who signed their names on that letter Sunday ought to be ashamed of themselves. Their names are as follows: