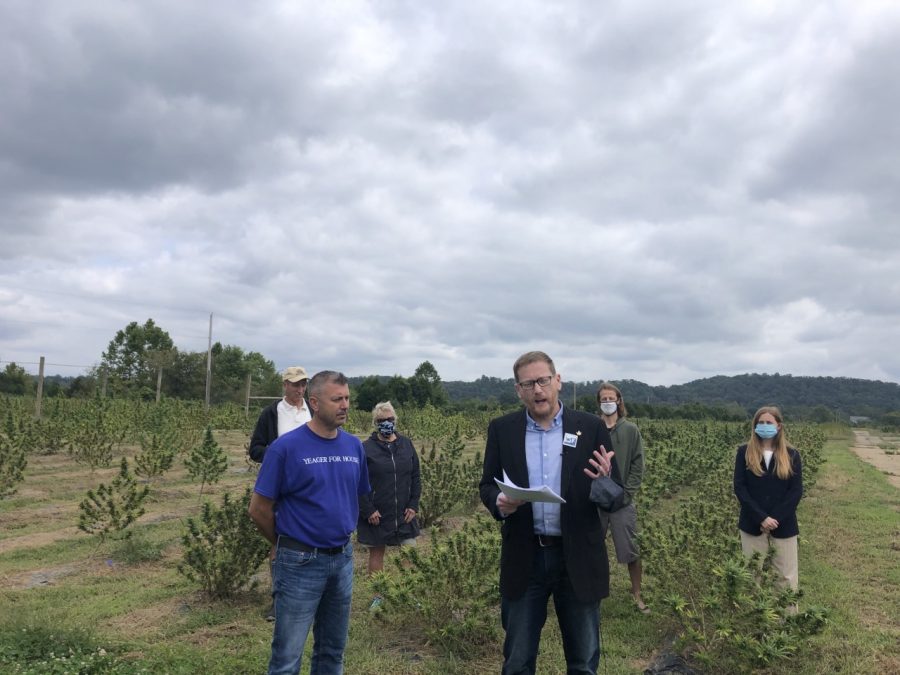 Politically progressive candidates from the state of West Virginia teamed up with cannabis advocates to announce their plans for what they call “the strongest cannabis bill in the United States” on Friday, September 18th.

West Virginia democrats such as Rusty Williams, Chris Yeager. Mike Lockard, Nikki Ardman, Cory Chase and Hilary Turner met at Chris Yeager’s hemp farm in Southside, West Virginia to introduce a bill to decriminalize the cultivation, production and personal use of cannabis for all West Virginians over the age of 21.

The comprehensive cannabis bill was introduced to modernize hemp laws and keep the wealth here in West Virginia, according to a press release provided by WV Can’t Wait.

“We’ve got a lot of wrongs to right,” Rusty Williams, candidate for House of Delegates in the 35th district, said.

If passed, the bill will expunge the record of non-violent cannabis offenders in West Virginia and release them from incarceration, as well as aid them in the transitional process back to society by helping them earn an education and afford housing.

A major goal of this bill is to prevent large corporations from exploiting the work of small hemp farmers in West Virginia by implementing micro-permits. It will institute the framework for the taxation of commercial cannabis product sales.

“One of the major criticisms we’ve had with the medical cannabis act was that the entire industry is going to be run by 10 companies,” Williams said.

The proposed bill would create opportunities for small, local farms to generate wealth.

“When we end prohibition, we’ve got to make sure that we clear a path for small business and small farmers to get in the game and participate in this industry,” Williams said.