No. 23 Appalachian State to visit Huntington 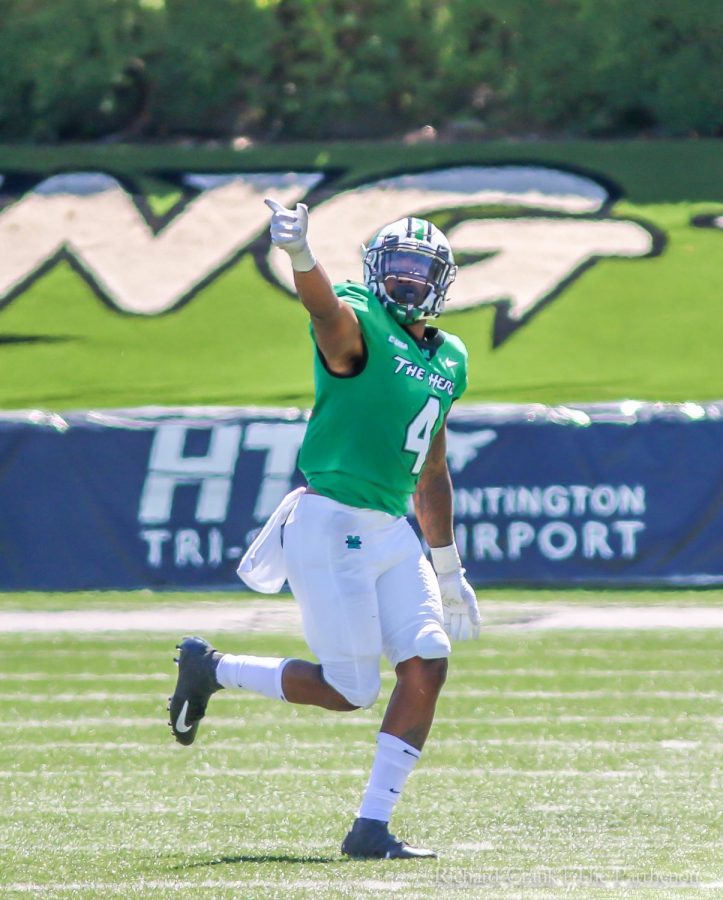 The Marshall University Thundering Herd football team is coming off an early bye-week as it prepares to take on the Appalachian State Mountaineers on Saturday.

In its first game of the season, the Herd (1-0) shut out the Eastern Kentucky Colonels, 59-0, in Huntington.

As for the Mountaineers (1-0), it’s coming off a 35-20 victory over Conference USA member, the University of North Carolina at Charlotte this past weekend at Kidd Brewer Stadium.

Marshall redshirt senior offensive lineman Alex Salguero said that it was nice to be able to watch football on the weekend off.

“It was a good weekend. I got to watch a lot of football, college and NFL,” Salguero said. “It was good to take some time to myself. The whole (Appalachian State) defense looked fantastic. Marshall just has to bring their entire game on Saturday and have a good turnout.”

Following its win, Appalachian State made its way into the AP Top 25 and Coaches Poll rankings, currently listed at No. 23 in the country.

The Herd’s junior linebacker Abraham Beauplan said he was able to watch and scout the Mountaineers.

Kickoff is set for 3:30 p.m. at Joan C. Edwards Stadium. The game will be televised on CBS.

The original game time was scheduled for 1:30 p.m. on CBS Sports Network.

“This is a tremendous opportunity for Marshall against a nationally ranked opponent,” Marshall Director of Athletics Mike Hamrick said per HerdZone. “The increased national exposure that

comes with the move to CBS will be great for our university, football program and our community.”