EDITORIAL: We deserve better than this 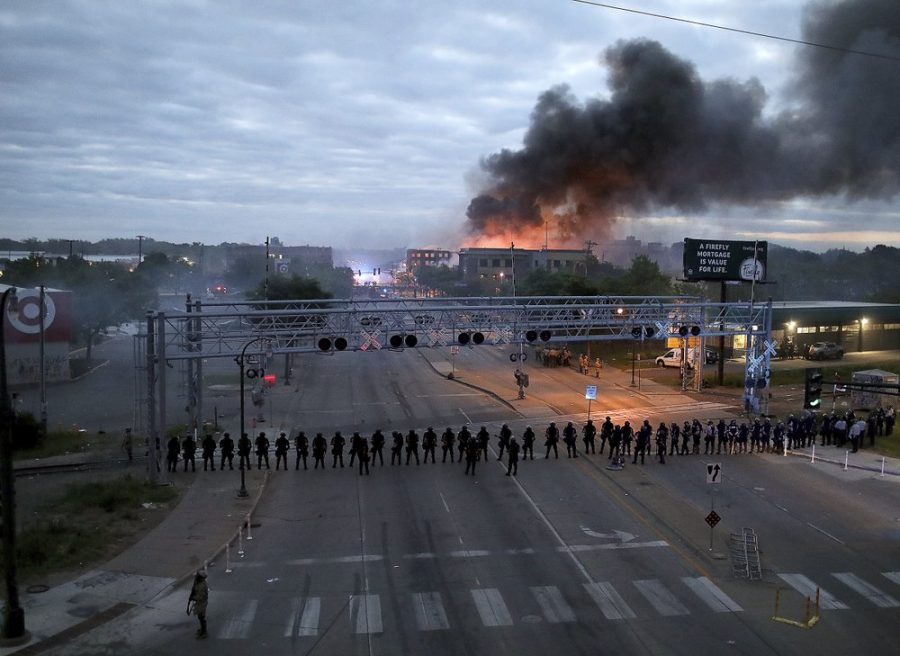 They say the stench of dying empires wreaks of desolation, death and despair.

In the face of a torn and tattered social fabric which has been ripped apart and exposed entirely throughout the coronavirus pandemic, young Americans are asking themselves, “How much more can we take?”

In a recent article published by The Intercept, award-winning  journalist Glenn Greenwald explains: “… The current confluence of crises, each of historic significance in their own right — a global pandemic, an economic and social shutdown, mass unemployment, an enduring protest movement provoking increasing levels of violence and volatility, and a presidential election centrally focused on one of the most divisive political figures the U.S. has known who happens to be the incumbent president — are happening simultaneously, having exploded one on top of the other in a matter of a few months…”

Unsurprisingly, these compounding crises are taking a severe toll on the American people, and on young people, in every aspect of our lives—physically, mentally and spiritually.

This reality, while simple to surmise using common sense and anecdotal observation, also is reflected in scientific studies conducted by experts responsible for gauging such widespread sentiments.

A recent study released by the Centers for Disease Control and Prevention, which utilizes data from an extensive mental health survey conducted in late June, reveals that more than 25% of Americans between the ages of 18-24 years have “seriously considered suicide” at least once in the past month.

The youth of America are in serious danger. We are struggling and desperate for drastic change. There is no other way to interpret this data.

The CDC study also reveals that more than 40% of survey participants reported “at least one mental or behavioral health condition, including symptoms of anxiety disorder or depressive disorder (30.9%), symptoms of a trauma- and stressor-related disorder (TSRD) related to the pandemic (26.3%), and having started or increased substance use to cope with stress or emotions related to COVID-19 (13.3%).”

Amongst 18-24-year-olds, about 63% reported they are struggling with depression or anxiety.

Given the reality of life in America in 2020, it is difficult to imagine many people being stunned by these statistics, but that does not make them any less alarming. Something must change. A lot must change.

While nuanced debates about specific policies and initiatives that may be implemented to combat the rising sense of despair amongst American youth are inevitable, many of the most impactful solutions seem obvious, especially upon examining the conditions which have made such widespread hopelessness seemingly inevitable.

In the U.S., the disease of student loan debt soon will surpass $1.6 trillion. More than half of 18-29-year-olds, for the first time since the Great Depression, live at home with their parents, hopeless to participate in a dying economy which has rendered working-class Americans essentially powerless to promote their own interests. Tens of millions are facing impending eviction, homelessness and hunger, knowing no help is on the way from our elected officials in government. In the richest country in the history of the world, Census data show that nearly 20% of American parents cannot afford to feed their children as much…

… as they should. Amid a historic global pandemic, people are getting sick, family members are dying, and both major political parties are running a presidential candidate promising More of the Same, ensuring that universal health care will remain little more than a pipe dream for the most vulnerable amongst us. Even in the face of climate change’s threats to human civilization as we know it, both major candidates lack a plan even remotely adequate to deal with such an existential threat. The list of systemic issues plaguing young Americans is endless.

We are learning that—on every level—our leaders are failing to meet this moment, and we are suffering the consequences. We need change, and we need it now.

If you are a young person, a minority, a member of the American working-class or anyone who cares about justice and morality and the wellbeing of the general public, perhaps it is time we start asking ourselves: Don’t we deserve better than this?

Perhaps it is time—far past time—that we start demanding real, radical, systemic change from everyone in a position of power in this rotting country.