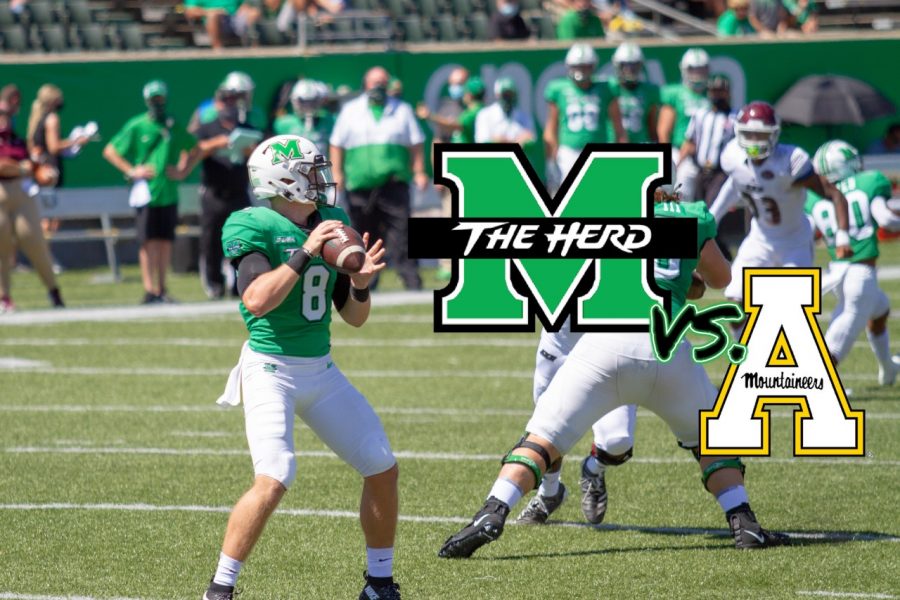 Redshirt freshman quarterback Grant Wells focused on making a play against the Colonels.

Following its season home opening win against the Eastern Kentucky Colonels, the Marshall University football team is preparing for its next opponent, Appalachian State.

However, the Herd will have an extra week to prepare as it faces an early bye-week during the second week of the season.

Redshirt senior offensive lineman Cain Madden said that having an early bye-week is new for the team.

It’s definitely new for us,” Madden said. “Playing a game and going straight into a bye-week. It’s good momentum for us. We have time to study film and it will be good for us.”

The Herd was scheduled to play East Carolina University this upcoming Saturday, Sept. 12, but due to the ongoing COVID-19 pandemic, the game has been postponed due to further notice. Marshall is supposed to travel to Greenville, North Carolina, but cases continue to rise at the university and throughout the state.

Marshall sophomore linebacker Eli Neal said that the team is focused on themselves and are getting prepared for the next game.

“We don’t really talk about other teams; we really just focus on ourselves,” Neal said. “We’re going full steam ahead.”

Appalachian State will be playing its first game of the 2020 season against the University of North Carolina at Charlotte (UNCC), a fellow member of Conference USA Saturday, Sept. 12.

The matchup between the Herd and the Mountaineers is scheduled for Saturday, Sept. 19 at Joan C. Edwards Stadium.